In January, CAHFH was forced to foreclose on a property. It was the first time in years that the organization had had to take such a drastic step, and those events are always tragic—obviously for the foreclosed-upon, who undoubtedly need no further trauma in their lives, but also for the entire organization. Nobody gets into Habitat work so they can come down on the disadvantaged and any such action is just wretched. This was no different, and the fact that it was my first official act as affiliate coordinator only made it worse for me.

There were, however, some lights in the darkness. One was the steady presence of the construction coordinator and those few (3) who were still left on the board or directly involved. Though the task was inherently odious, no one shirked their responsibilities or tried to pass them off on someone else. Moreover, because the foreclosure was necessitated by 6 (!) years of refusal to live up to mutually-determined agreements, it made us grateful for the homeowners who, month after month and year after year, did make their payments regularly. It reminded us again that the entire Habitat enterprise is dependent on the faithfulness of those homeowners, whose consistent payments make it possible for us to add new houses and homeowners. And it seemed to spark a renewal of interest on the part of some of the less-consistent homeowners to meet their own obligations.

Thus, soon after the departure of the delinquent inhabitants, we faced a new challenge—the rehabbing of a property that had not been, to put it mildly, well-maintained. But into that breech stepped the intrepid workers from Uni High—those who prompted our construction supervisor, Ben Williams, to admiringly quip “Those Uni kids are the sh**, man!!” Braving all manner of obstacles, they spackled, sanded and cleaned the walls, then primed them, and, before they left, put an entire first coat of paint on the interior of the entire house, in the process transforming a uniquely unattractive (at least, in their privileged experience) environment into one that promised the possibility of sparkle someday. 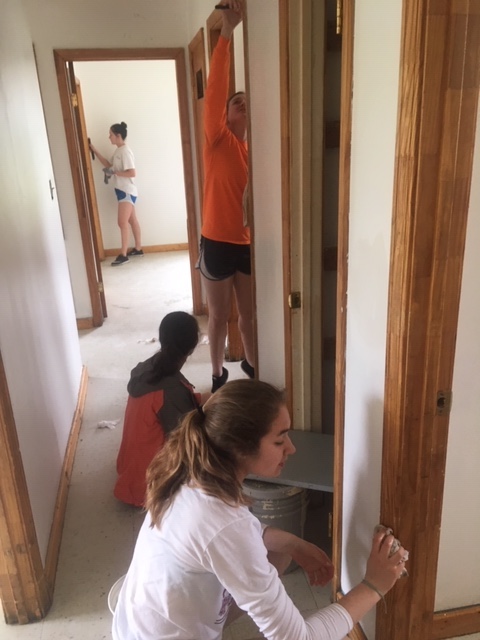 Three weeks later, in the middle of March, Clarksdale Habitat welcomed Cornerstone Fellowship of Urbana, IL, marking the 26th year of New Covenant/Cornerstone involvement in the Delta. It was New Covenant, of course, that introduced our family to Habitat work back in 1993 and the beautiful people connected to it, thereby transforming all of our lives. This was an interesting week for Jane and me because it was the first time that we had not led the group for many years. We were, however, fully confident in the new leaders, Cheryl and Chris Lehman, who were veterans of 4 straight years of Habitat experience. Our confidence was further bolstered by the presence of construction guru (and new board member) Marlay Smith and Cornerstone pastor Seth Kerlin and the promise of John Easley and Margaret Smith joining the crew later in the week. And the Bolivar work proceeded. 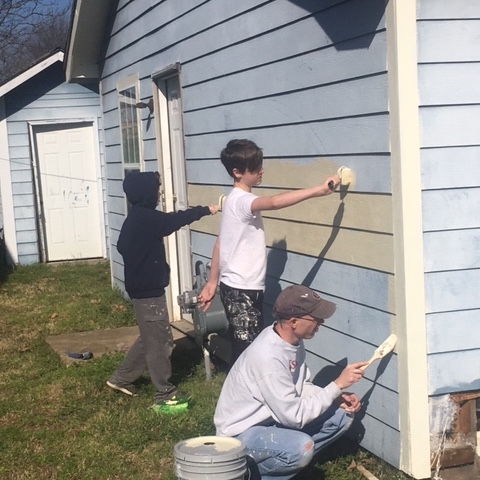 Under Marlay’s skilled tutelage and with the very real help of two intrepid 11-year-olds, the ‘Stoners (as we like to ironically call them), repaired and painted the entire exterior with a beautiful yellow-tan (baby-diarrhea, some called it) color picked out by Jane herself, and made the place look genuinely attractive. Meanwhile, Ben and JD Smith from the Tutwiler Habitat were successfully fixing the entire malfunctioning plumbing system in the house and, for good measure a plumbing problem in the Habitat house next door. Others continued the good work of painting inside the house and even began the odious task of cleaning the befouled kitchen cabinets. Thus, by the time they left, the promise of sparkle was becoming a reality. 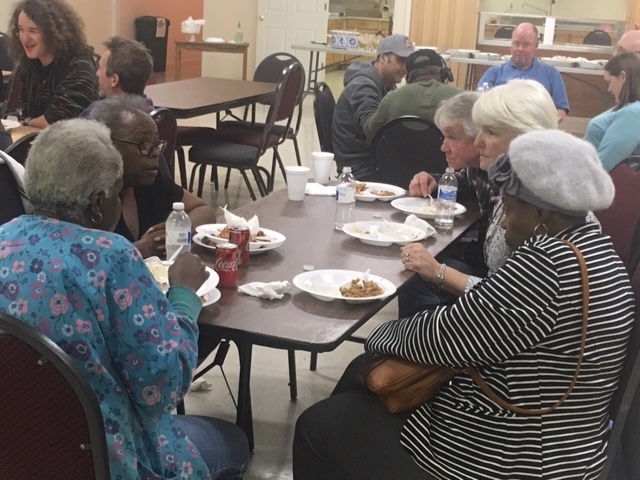 The day Cornerstone left, we greeted Uni alum, Maddie Brown, her boyfriend, Brady Carlson, and her father Jeff Brown for a week of work, sharing, and encouragement. Though Jeff could only stay one day, he proved his mettle by setting the standard for attacking the kitchen cabinets and Jane, Maddie, and Brady were quick to follow. Before the end of this week, despite the small numbers, the house was 95% painted, the cabinets, doors, and fronts were ready for some kind of finish, and the floors and trim had been cleaned, in preparation for eventually putting the house on the market. 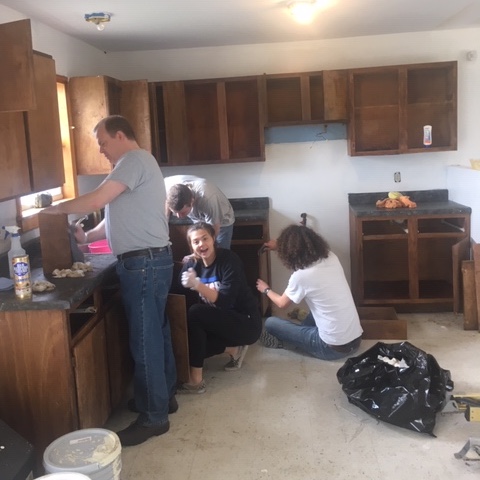 Then, in the middle of April, a crew from Paxton-Buckley-Loda High School, IL arrived for their 4th annual sojourn in the Delta. Despite the loss of initial leader, Jason “Two Jobs” Peterson (who had moved on to a different school), his able co-leader, Emily Wood was returning with a number of veterans from last year’s trip and some eager neophytes. And that eagerness would be seriously tested on Bolivar! While half the crew continued the drywalling of the house on Edwards St., the other half scoured the Bolivar house until you could eat your lunch (if you wanted to) off the floor. In addition, they painted and re-hung the kitchen doors, completed a number of touch-up projects, cleaned the bathtub, finished painting the shed outside, and, in the process, exhibited the same kind of work ethic that had caught Ben Williams’ attention during the Uni week. Their work was, in a word, remarkable, and it completed the herculean effort undertaken by a large number of willing workers over the 2 month period. Excellently overseen, as usual, by the incomparable Ben Williams, the project promised to exceed any hopes we might have entertained at the beginning to provide a decent home for a worthy family. And an unhappy story—not the ideal or dream Habitat one to be sure, but definitely “real”—will hopefully lead to a much more desirable result. 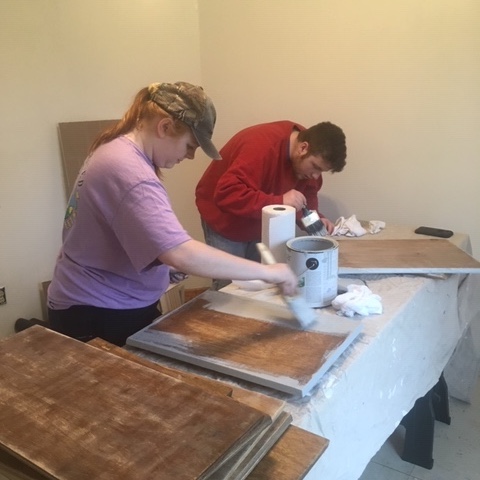