For the last 3½ years, Clarksdale Area Fuller Center for Housing (CAFCH) has been undergoing a thorough reorganization. From the old Habitat affiliate (that had lost its way, most of its resources, and the support of the parent organization and local community) to the now-thriving and fully supported Fuller Center covenant partner, it has been a remarkable and encouraging transformation. But the challenges have remained formidable and those tasked with resurrecting the organization have found their talents and energy continually stretched thin. Some of that reality is about to improve. On June 1, 2022, CAFCH celebrated the official hiring of an Executive Director, dedicated to the mission of the Fuller Center and to the expansion of its work in the Mississippi Delta.

Over a year ago, the Fuller Center sent its president, David Snell, and its Vice President for Domestic Operations, Stacey Driggers, to Clarksdale to meet with representatives of the local non-profits and Clarksdale-at-large interested in allying with the newly established local covenant partner. The meeting that day in March was truly exciting, as various reps shared thoughts and ways for CAFCH to collaborate with the community to fulfill its Kingdom-oriented mission. And at the end of the meeting, community member JoAnn Blue articulated, in what proved to be something of a prophetic summary, what the entire group was thinking. “This conversation is truly inspiring—we’ll have to see what comes next!” Now, 15 months later, we are finding out about part of “what comes next,” as that same JoAnn Blue is now CAFCH’s Executive Director!

JoAnn’s story, presented below, speaks powerfully, both to the positive changes that homeownership can provide and to the challenges remaining in the dynamics of “deep disadvantage” that Delta communities continue to face.

I was raised in the Delta, on a cotton farm in Coahoma County, near the town of Clarksdale, Mississippi, which is now about 80% black, and where the white population still holds the majority of the wealth, power, and influence. My people were sharecroppers. My father was employed in the fields, working every weekday and a half-day on Saturdays and never missing a day. (My mother worked equally hard and dependably, as a house domestic and caretaker.) Despite this exemplary work ethic, my father encountered an endless series of indignities and discrimination, including having to ask permission to perform ordinary activities in town, and being consistently overcharged for purchases at a country store. As a child, experiences like these were burned into my memory, and reflected the reality that chances for economic mobility would be limited, especially in a large family like ours. As a result, home ownership—even the hope of home ownership—simply wasn’t part of our experience or expectation, but I knew that there was something special and important about it. I believed that you were respected more and could be your own person within your own walls.

The promise of education, however, was a driving force in my upbringing, which is how I ultimately escaped the lack of opportunity in the Delta. I graduated as valedictorian of my class, and despite getting no help at all from my guidance counselor, finished my college education at Jackson State University four years later. Ultimately I earned a master’s degree in Library Science in Washington, D.C. which provided me with financial success and one of my first major purchases was a home. I lived in a real neighborhood with a cul-de-sac. I became the guardian of a great niece and nephew and they were my catalyst into learning more about the neighborhood. None of the children in the neighborhood paid attention to property lines so I became fast friends with neighbors. We had picnics on the common grounds, visited each other and looked in on each other when one was sick, borrowed cups of sugar, mowed each other’s grass, had our own little Christmas parade with Santa riding one of the fire station fire trucks accompanied by a fleet, and the children hunted Easter eggs, and helped shovel snow. I participated in PTA and started voting in my town’s elections. All of this was because I owned a home and became a resident of a neighborhood. I felt invisible before but home ownership now gave me new advantages. A seat at the table. A voice. Dignity. The single most significant action I can point to that gave me that voice was home ownership.

As everyone knows, the economic downturn at the end of the Bush era cost many people their jobs, including me, so in 2012 I sold my home in Maryland, bought a house in Clarkdale with my sister and moved here, taking a job as a reference librarian at the Carnegie Public Library in Clarksdale and ultimately becoming its Director in 2018. The library was named a Star Library the previous year by the Mississippi Library Commission and also for the two years I was director as it continued to thrive. Despite my acknowledged successes, however, unfortunate events dictated that I resign that position in 2020 (as did my successor 3 months after he was hired). Since that time, I have been active in a number of educational and civic efforts, including helping Shared Experiences develop its projects on the historical black experience in Clarksdale, serving as president of Clarksdale Rotary, and volunteering at the Clarksdale Care Station, which provides meals to the homebound and to walk-ups. During that time, I have become acquainted with the Clarksdale Area Fuller Center for Housing. With my own experience with appreciating and benefiting from the advantages of home ownership, I found its track record and mission to be both compelling and challenging. And when I was recently given the opportunity to become its Executive Director to help develop strategies for CAFCH’s continued growth and expansion, I welcomed and embraced that opportunity. 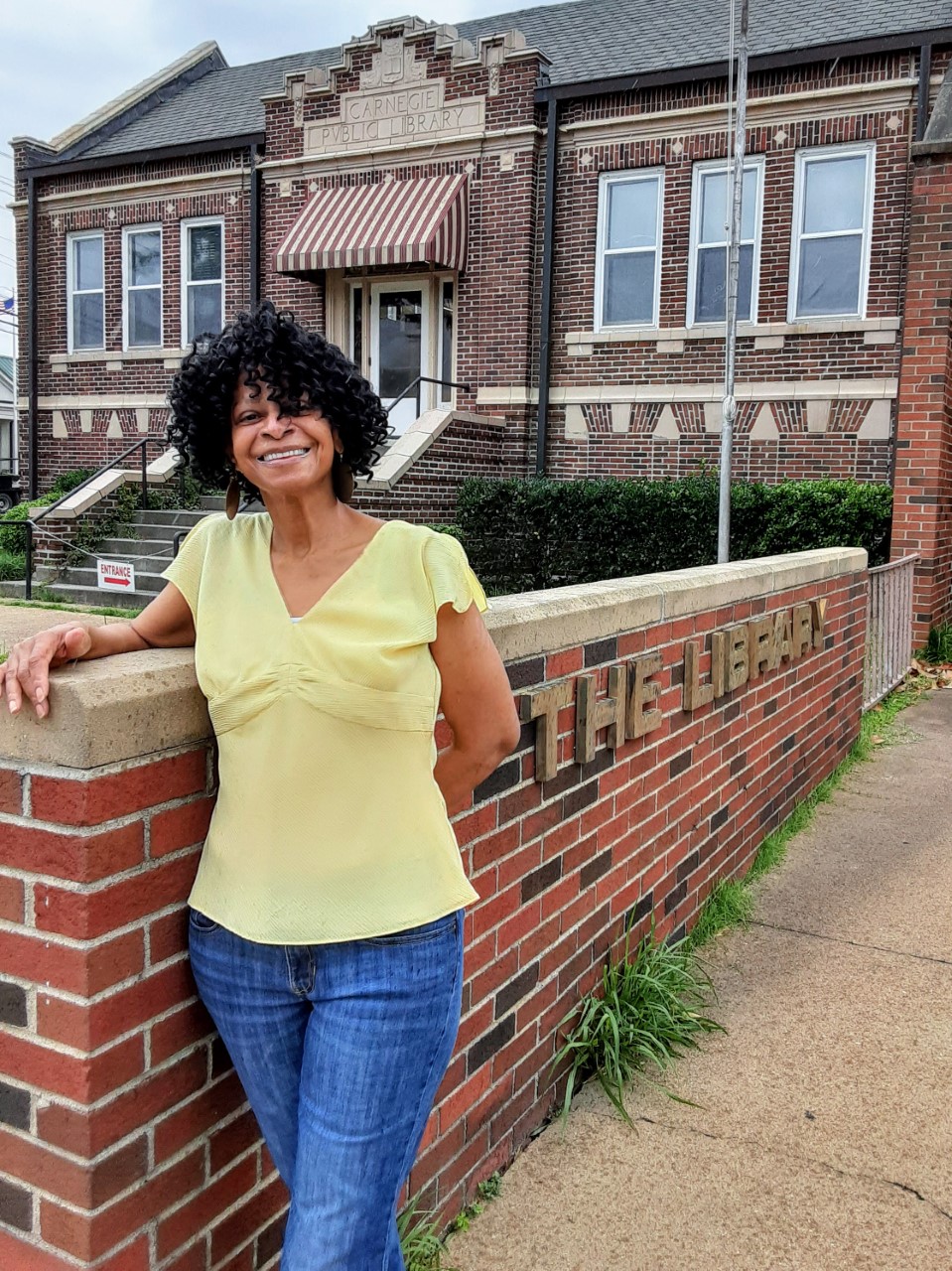 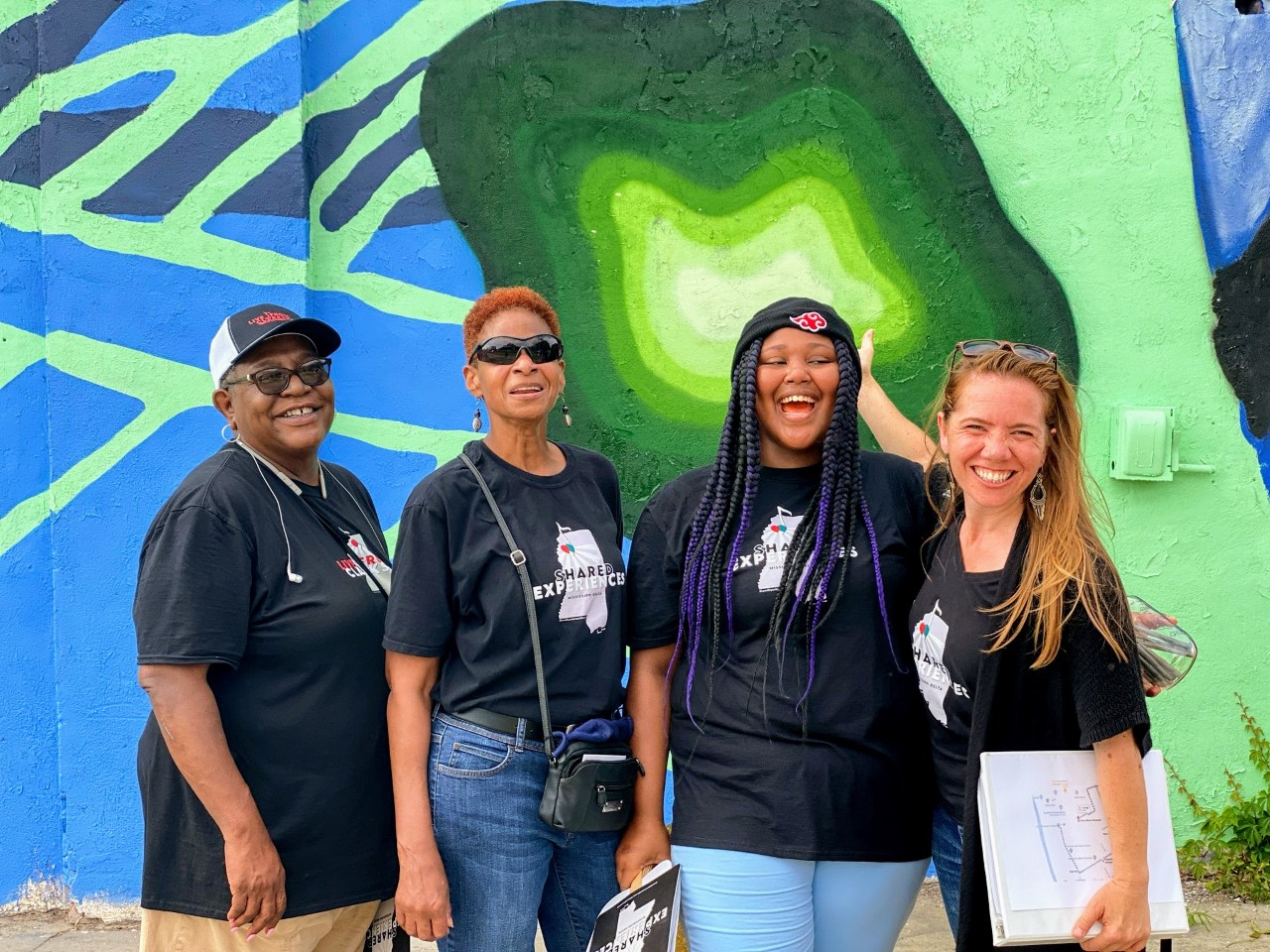 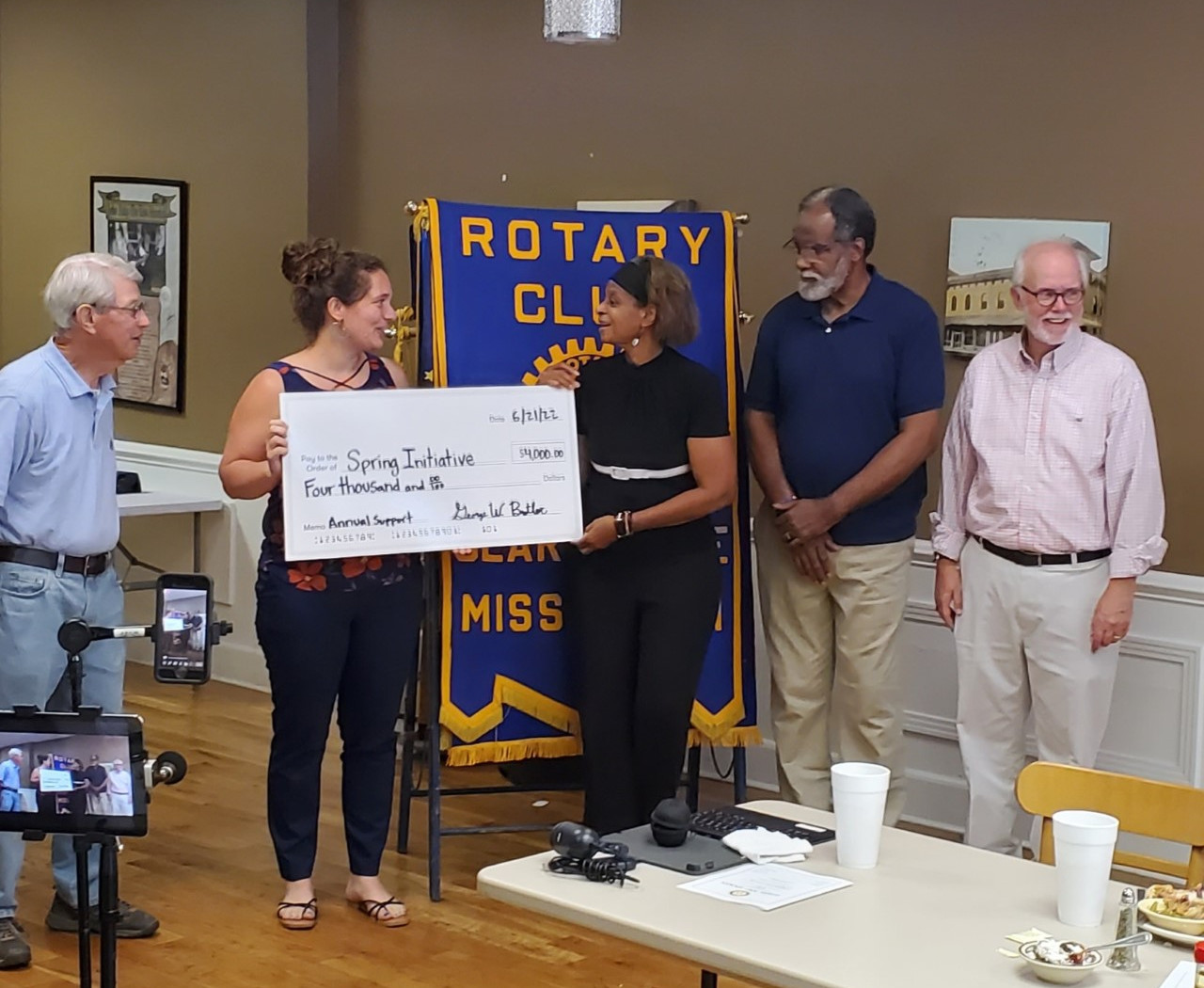 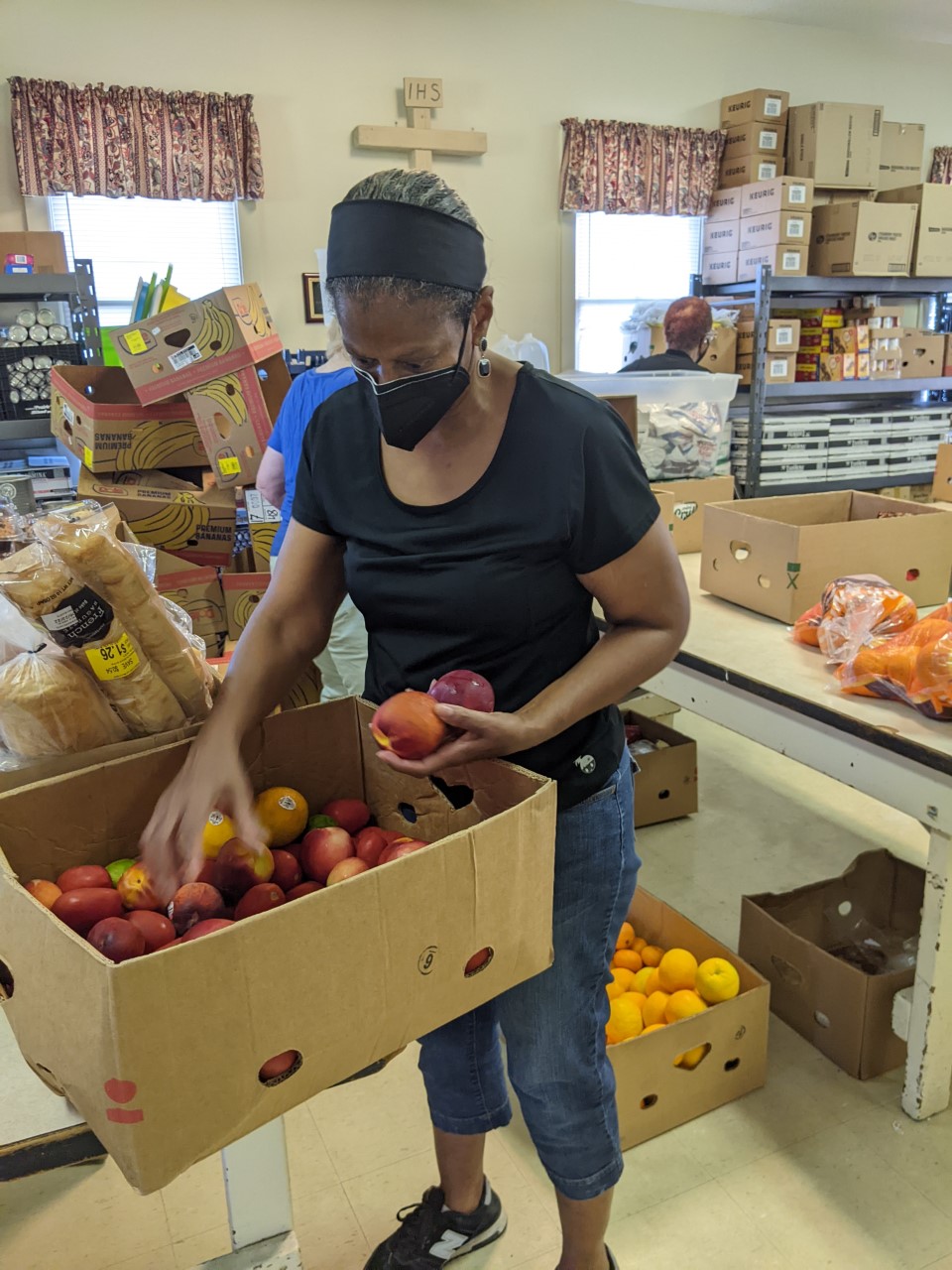 JoAnn’s job will be a challenging one, but one that CAFCH is confident that she will execute successfully. With her professional experience in management and her personal experience in living in and overcoming many of the consequences of racialized injustice, she is uniquely qualified to lead our mission of providing opportunity and fostering reconciliation. Her job description is a broad one—she is tasked with fundraising and attracting the support of foundations through grant opportunities, revitalizing the process of enlisting and retaining the support of volunteer groups, strengthening the bonds within the various Clarksdale communities including churches, bringing a personal perspective to the larger dynamic of home ownership as an element of social justice, and, on top of all that, running a reconfigured organization competently. But she will not be alone in addressing these issues—she has the help of competent and committed coordinators (Ben Williams as Construction Supervisor and Gramm Phillips as Operations Coordinator), the support of a board bringing a wide range of gifts and talents to the challenges at hand, and, we continue to pray fervently, the grace and power of God, as we all seek to bring this particular expression of Jesus’s Kingdom to fruition. And, as JoAnn so presciently remarked 5 months ago, “Now we get to see what comes next!” 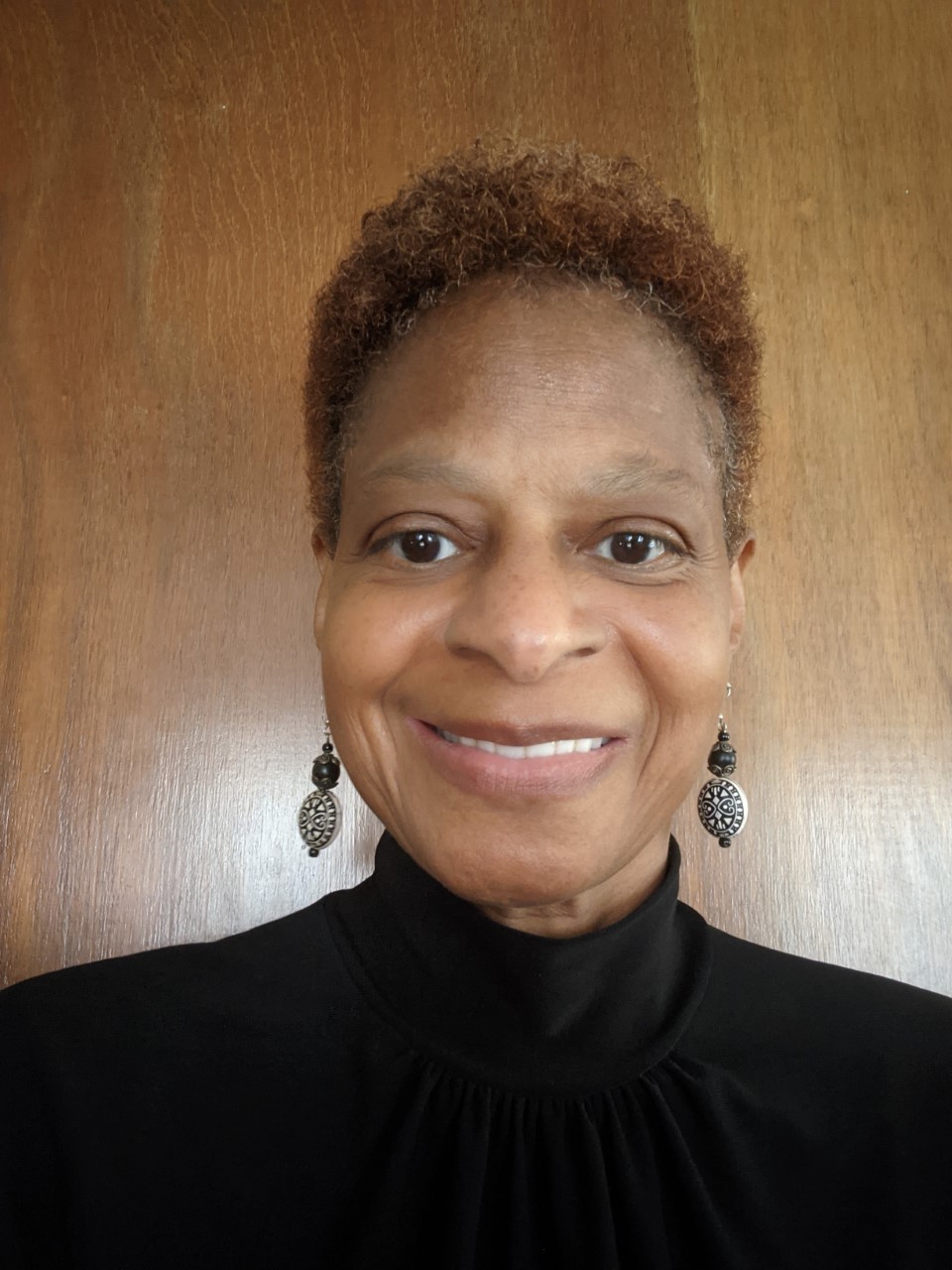