Braving the summer heat, the first group of intrepid volunteers from St. Francis Xavier Catholic Church, LaGrange, IL arrived in the Delta on June 22. Consisting of two chronologically successful (we don’t use the term, “older”) veterans, Pete Mulcahey and Ron Bandyk, and 11 younger volunteers, they immediately dove into the challenges of the week, which first consisted of doing the Habitat history tour in the heat of a June afternoon. Fortunately, the tour made a long stop at the Mississippi River where the crew could cool off in the still-flooded waters, and they were a great audience despite the heat.

The work for the week consisted of mudding the drywall at the Edwards St. house and doing necessary repairs at Eddie and Hester Gates” house, right around the corner from the dorm. For my money, the less said about mudding the better, except that it’s always wonderful when other people do it, and this crew, with its customary vigor, really dove right into it. In fact, it was later reported by some that they actually enjoyed picking up the skill that Ben Williams so competently and beautifully teaches. And though their enthusiasm may reflect some sort of cognitive dissonance, I, for one, am really grateful to them for such cheerful and productive work. 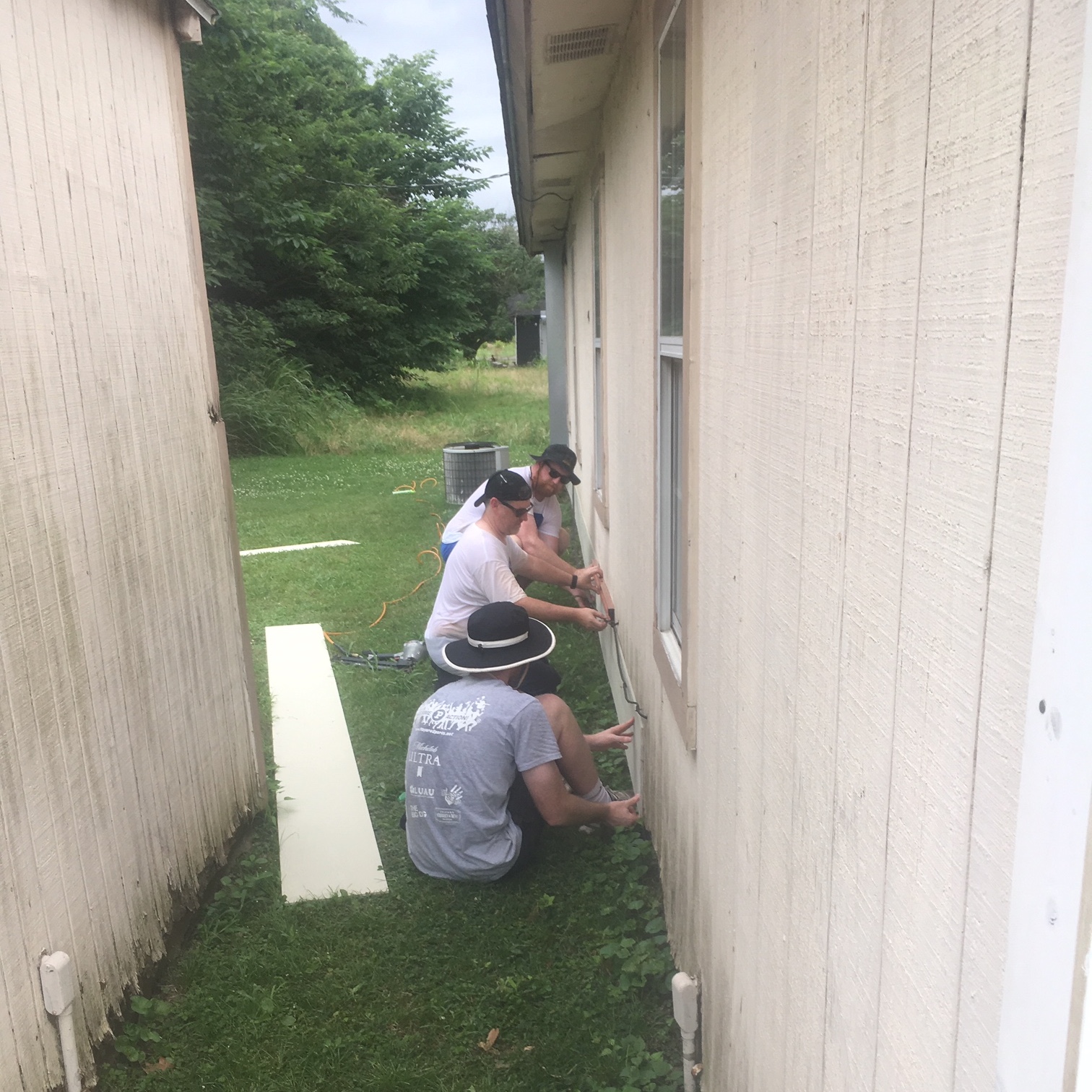 As commendable as the mudders proved to be, the other work crew earned not only our gratitude but also our admiration, as they took to re-shingling the Gates’ roof as if they had won some sort of perverse lottery by getting to broil in the Delta sun. As soon as they could get up there on Monday morning, they were hard at it (aided by the new knee pads that Eddie graciously provided when he saw the shape of some of the scraped-up knees), and they didn’t stop until the top of the house looked like new. And not only did they finish the entire roof, they also did the shed and repaired the bottom of the siding, all in temperatures that often reached into the 90s with, on one day, 97% humidity. I cannot sing their praises enough for that effort!

Of course, it wasn’t all construction fun for the group. Some of the crew took advantage of their afternoon time to volunteer with Spring Initiative and enjoy the interactions with those incredible kids and teachers. Others invited themselves over to the former mayor’s house, to enjoy the pool there, and, once the surprised homeowners realized that they had indeed invited the crew to join them “any time,” everything progressed swimmingly. But the real off-construction highlight was a return to one of first loves of the Habitat experience—basketball! 26 years ago, on our family’s first trip to the Coahoma County, it was basketball that provided a real inroad for us to the community of Coahoma, and, over the years, it remained a pivotal part of our son Matt’s integration into the non-Habitat part of Delta life. So it seemed perfectly appropriate that these young people after a long day of work in the hot sun, would find “relief” and camaraderie on the basketball court. 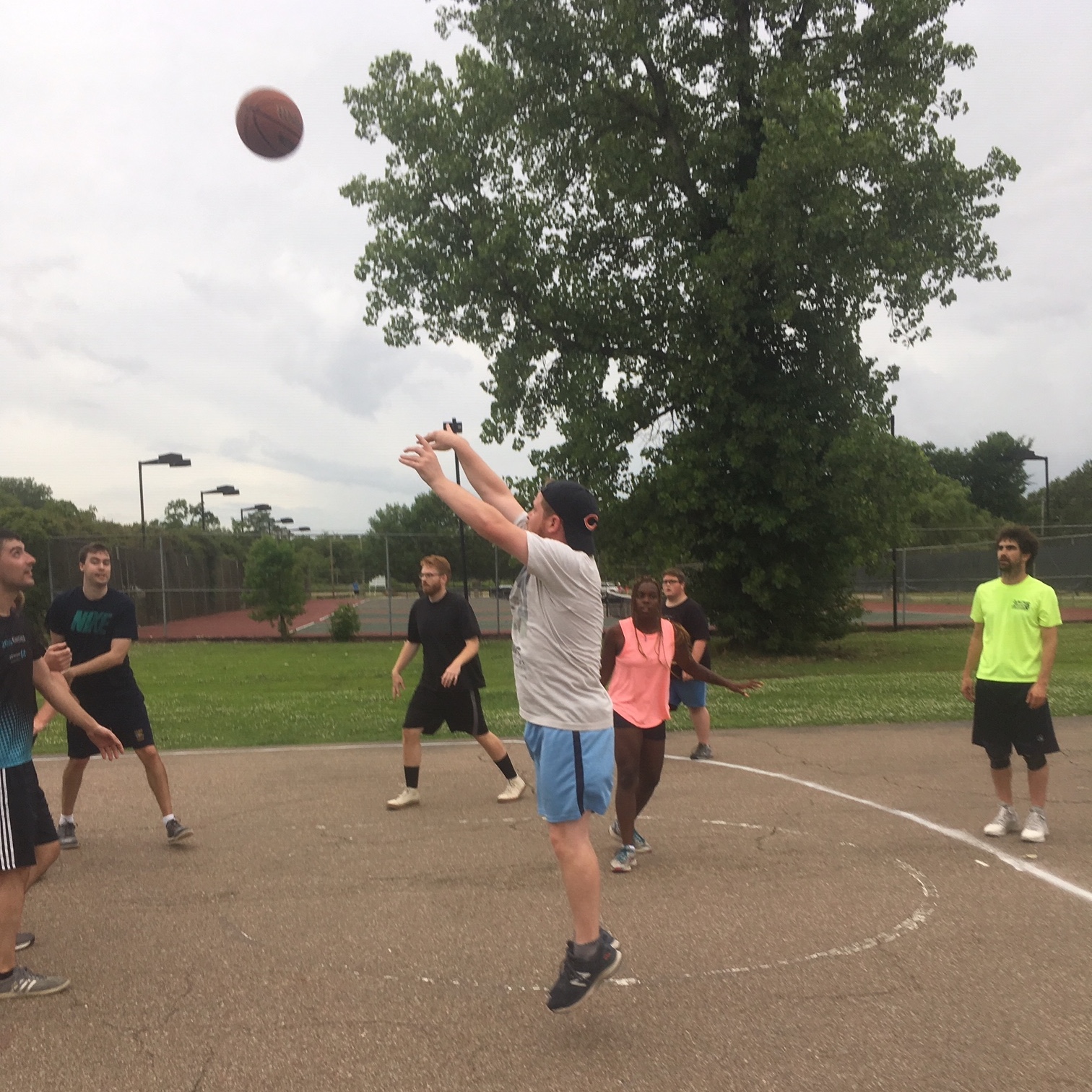 Besides their ability to tolerate “dweltering,” another of the remarkable aspects of this group is that they started coming to the Delta when they were in high school and/or college, with their families, but now they are returning as young adults with real jobs so that they no longer have summers off, but they have to use precious vacation time from their jobs to do their Habitat thing. But they have obviously discovered a part of the Habitat magic—the sense of community among the volunteers that can create lasting friendships even after the ease of geographic proximity no longer applies. And, on this trip, they also got to experience another part of the magic, as evidenced when the weekly potluck rolled around.

As has become the habit this year, Kings Temple once again graciously hosted the event, and, besides the SFX group, it included members of 7 homeowning families, 6 board members, and a representative from Spring Initiative. Of course, the food was delicious (despite early indications and due to the diligence of strict enforcement of plate-size rules), but more memorable, at least to me, was the time of sharing. This was the Gates’ family’s first potluck, and Hester represented them admirably with her heartfelt thanks to the group (even though, as she pointed out, public speaking wasn’t high on her list of enjoyable activities). In addition, Sherry Williams fondly remembered some of the group that worked on her house last year. And another real highlight came when Lillie Matthews recognized Ron Bandyk as the ace workman who successfully put down her ceramic tiles literally years earlier. There is truly something special when the longevity of these efforts comes so clearly into play as it did during Lillie’s sharing. Equally impressive, however, was the comment of one of the young SFXers, who honestly pointed out that he would probably never have had the opportunity to break bread with and enjoy the company of the diverse groups of folks participating in this potluck if it hadn’t been for Habitat. That, of course, was true for all of us, and it is really the heart of the Habitat experience. 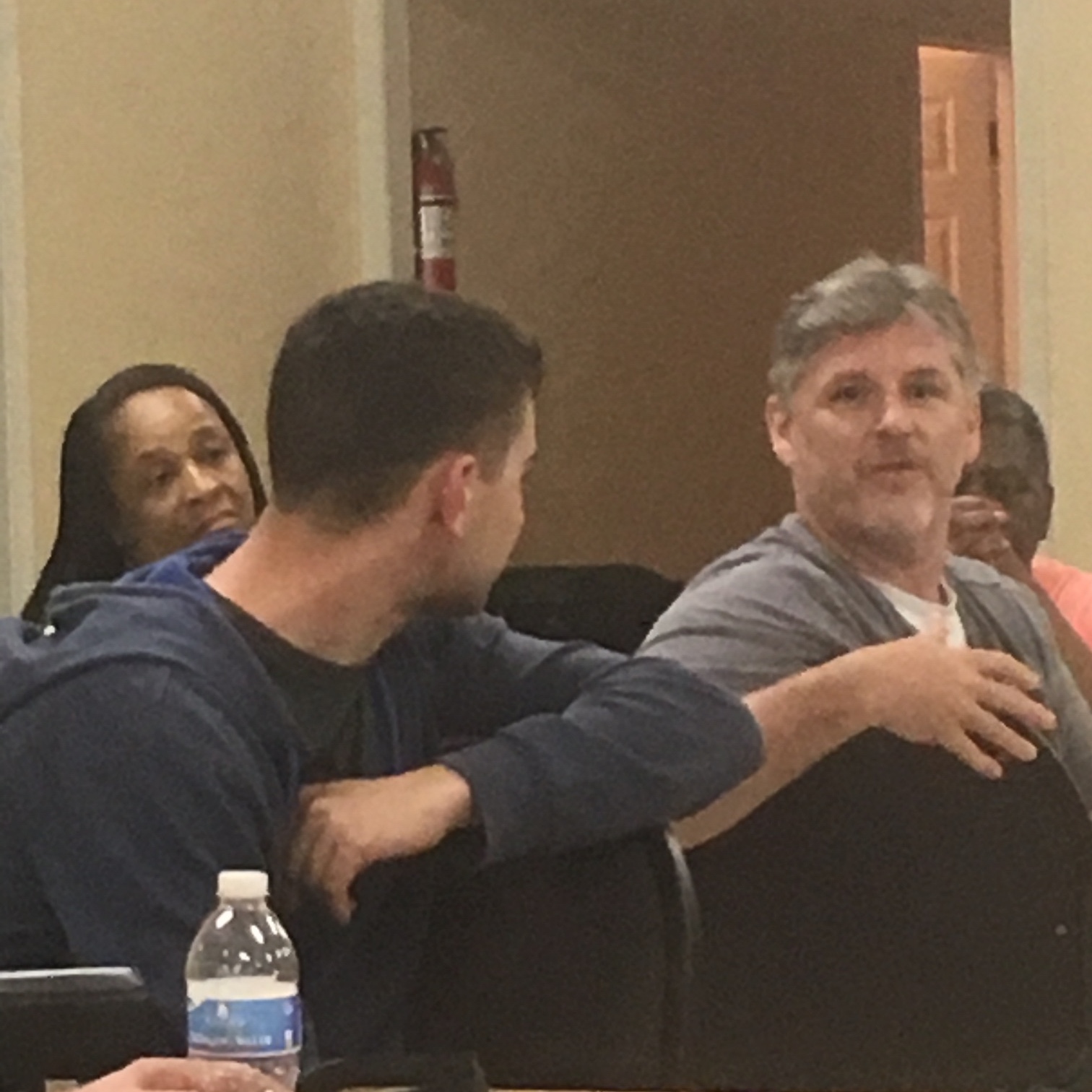 Now the SFXers are on their way home and we miss them already, even as we eagerly await the arrival of the 2nd and 3rd groups from St. Francis Xavier in July. But we console ourselves with the promise made by all of them, that they will, as they have been for the past dozen years or so, be returning to the Delta—an expectation for which we are very grateful!