One of the challenges of righting the CAHFH ship has been to revitalize life-giving interactions between the homeowners and other community members and the out-of-town volunteers. While this dynamic had been an integral part of the Habitat experience over the years (and was still occasionally manifested with certain groups), an unfortunate disconnect had gradually developed. One way to address that issue was to work at resurrecting the potluck experience. 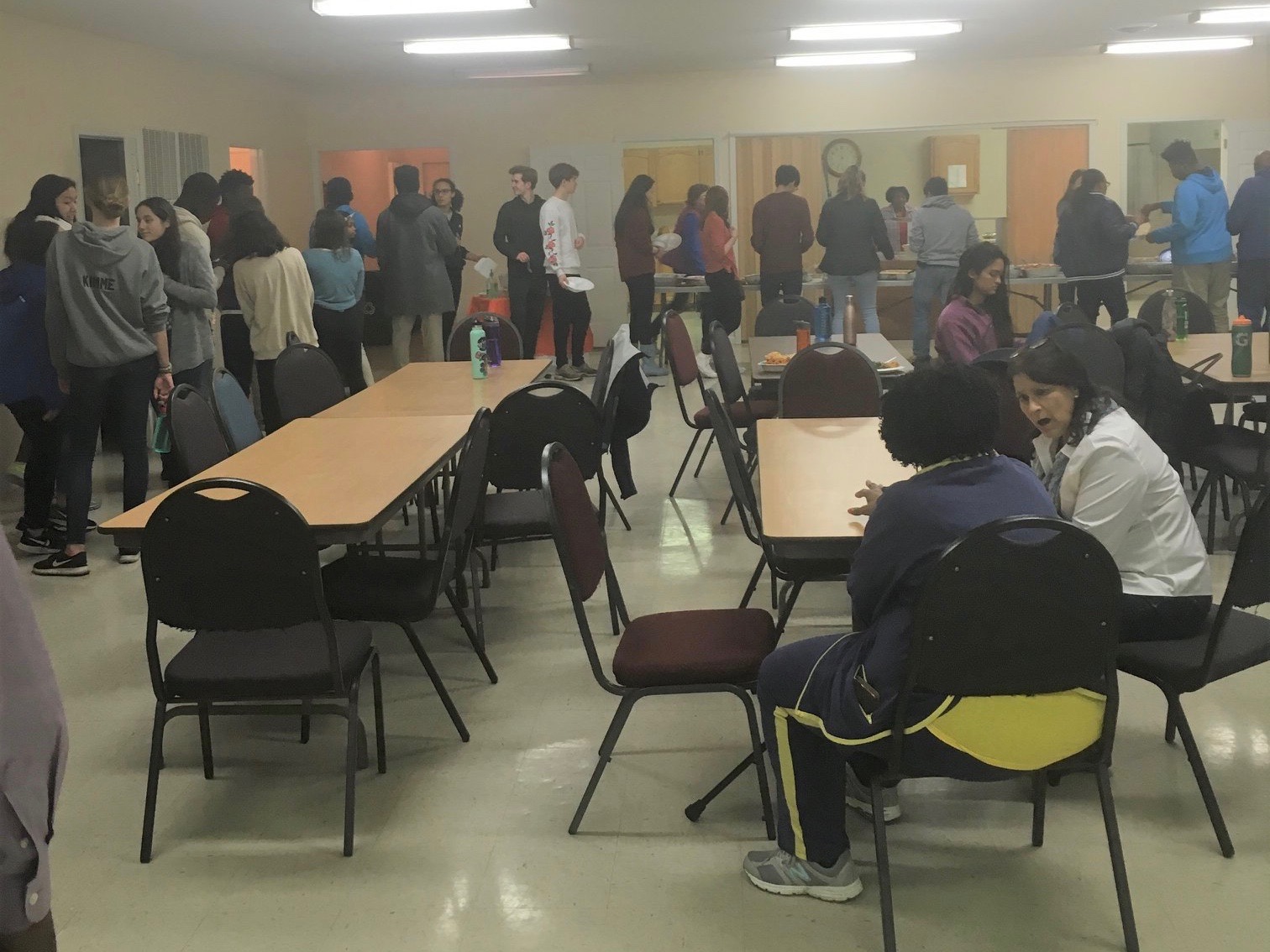 Delta Habitat potlucks have historically brought together homeowners and their families with the volunteer groups in town for their particular week. These expressions of community solidarity among people who don’t really know each other and often have no business, culturally speaking, of even interacting together had become legendary for the spirit of love and sometimes even worship that spontaneously flowed from these shared dinners. In February, the hospitable folks of Kings Temple Missionary Baptist Church in Clarksdale offered to host our first group of 2019, Uni High, the results were beyond any expectations. Three homeowners were joined by a couple of board members, a contingent from Kings Temple, and a small army of Griot students for an evening of delicious food and wonderful fellowship. As affiliate coordinator, is was my distinct pleasure to introduce the various groups and individuals and to thank each group for their particular contribution to expressing this kind of Habitat solidarity that truly blesses people’s lives. This was followed by a time of singing together, led by Micaela Anderson of Uni High, with her rousing rendition of the old spiritual/civil rights anthem, “Ain’t Nobody Gonna Turn Me Around.” The music was stirring and vibe was palpably positive!

A month later, Kings Temple graciously hosted another potluck, this one for the Cornerstone group from Urbana, IL. This time, we had five homeowners (Bertha Stewart, Shirley Shields, Lillie Mathews, Josie Robinson, and Ben Williams) as well as the usual Kings Temple crew and old Habitat friend, Mark Webb, and we had the usual great time. But the late-April week when PBL would be here was problematic for a potluck, since they arrived right before the busy Easter week and stayed right through the holiday weekend. As a substitute, then, two homeowner families (Margaret Brown and husband Robert and Sherry Williams and son Robert) joined the PBL group for a Saturday before-work breakfast, with the Browns providing the donuts. Since the point of the potlucks is for the homeowners and the volunteers to have a meaningful time together, we asked the homeowners to share and Margaret Brown (who arrived a little before Sherry) absolutely mesmerized the crowd with her moving story of living in various shacks throughout her sharecropping upbringing, being treated “like dirt,” as she said, by local whites, and yearning for a home complete with a bathtub and free of rats. When she heard about the Habitat option, she went on, she scurried around for 2 days getting her papers in order and “felt like she had won the lottery” when board member Orrden Williams gave her the good word that she had been accepted.

This was an especially meaningful time for me for any number of reasons. Margaret’s straightforward testimony about the damage inflicted by racialized poverty spoke directly to why we do Habitat and how it brings about meaningful change. In addition, on my very first Uni trip to work with Clarksdale Habitat 19 years ago, I had worked on Margaret and Robert’s house and now they are just a few months from actually paying off her note. Then, last year, on my final Uni trip, I had worked on Sherry’s house, and her too-brief story (the group had a work day to complete) served as a memorable bookend to Margaret’s sharing. The entire time couldn’t have gone better and left the PBL group with the feeling that they had experienced a potluck after all.


« The House on Bolivar
Archive
THE MISSISSIPPI DELTA, MUSIC, AND HABITAT FOR HUMANITY »
