On Saturday, July 13, the second of the three St. Francis Xavier (LaGrange, IL) groups—led by Oscar Longoria, Mary Freeman, Katie Filbin, Anne Metzger, and Keith Kelly, and consisting of their various (younger) children and a friend—arrived in Clarksdale, primed and ready for their week of worship-through-work. As opposed to the first (and last) groups, these SFXers were relative Habitat neophytes—four of the adults and the friend had been in Clarksdale on an earlier trip or two, but none of the kids had made the trek before. By the end of the week, however, they had proved their mettle time and again, and, when they return next year (as we sincerely hope they do), they will come as seasoned veterans. 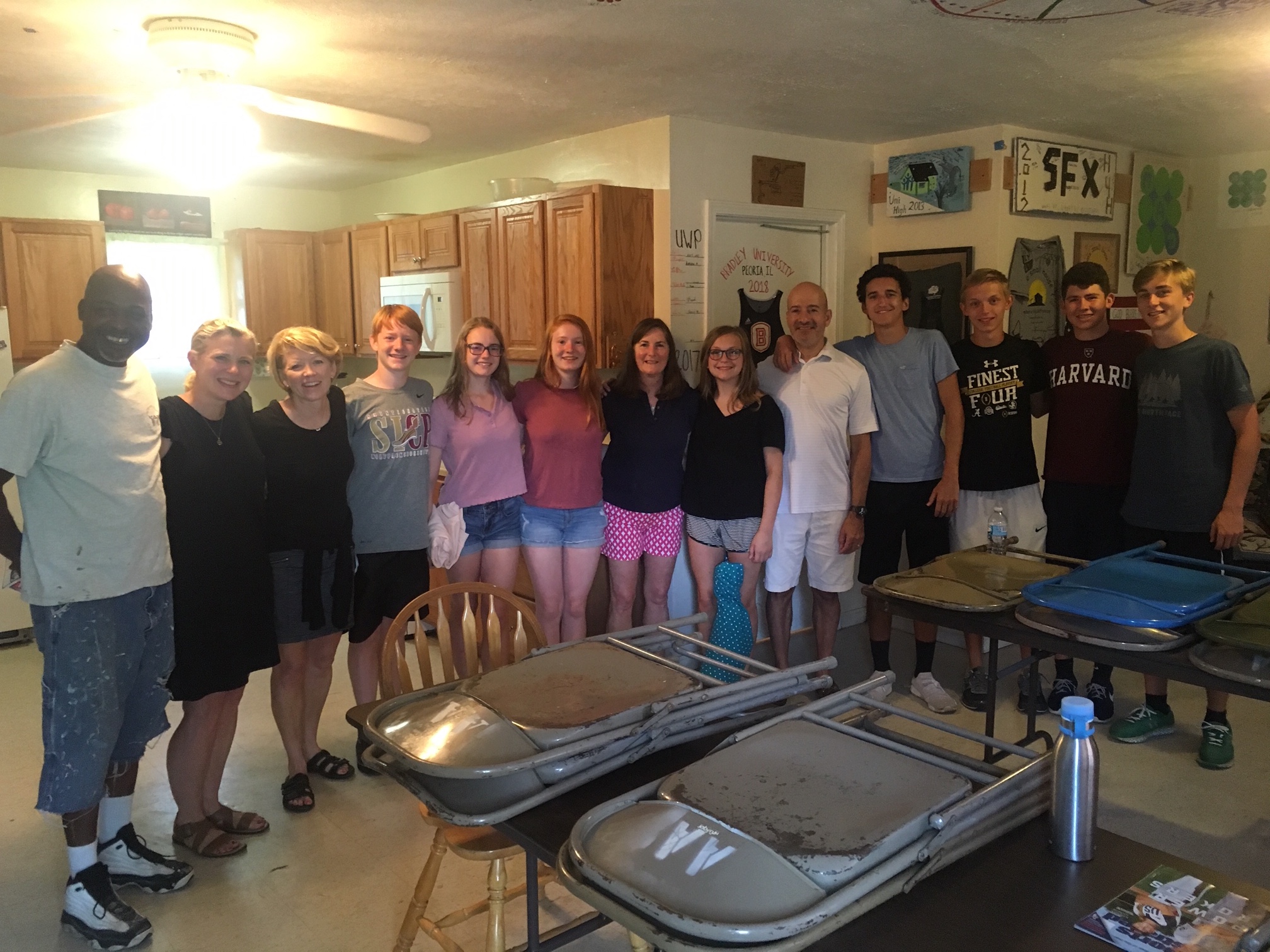 There are many aspects to the Habitat construction process, and most of them are potentially fun. Framing, wall-raising, roofing, drywalling, painting, cabinet prep all qualify under this rubric. There are a few chores, however, that are inherently tedious, or even disgusting, with mudding drywall and cleaning out old houses for rehabbing being the worst offenders. As (bad) luck would have it for this group, however, the latter two chores were the only work options available—a fact I tried to break to them gently, even though there’s really no way to sugarcoat the message, “Everything we have for you to do this week pretty much sucks.” But none of this proved to be a deterrent in any way to the good spirits, competent work habits, and all-around excellence exhibited by this intrepid band of volunteers, and, by the end of the week, they had accomplished an amazing amount of progress. 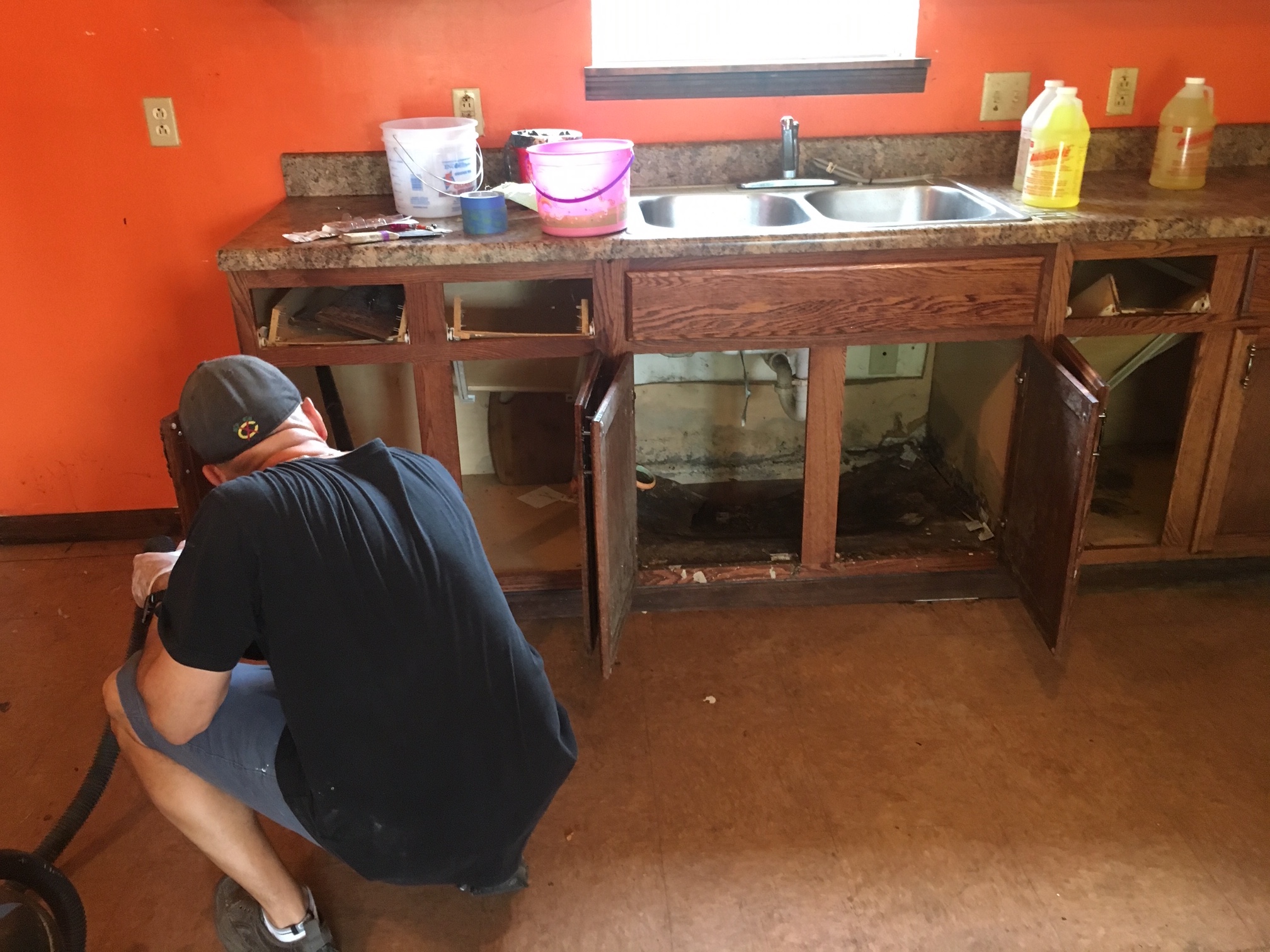 Mudding is a challenging task, but it always seems to be go better when it is taught by Ben Williams, and at least that SFXers had that going for them. As a result, they managed to get most of the Edwards St. house done in fine fashion and seemingly had some fun in the process. The real challenge, however, was taken on by Oscar, Keith, and their sons Tim and Aidan, because they got to clean up a recently abandoned Habitat house on 8th St., for the purpose of rehabbing and getting another family in there quickly. Though we have seen worse, the house had been left with a lot of unwanted items, and the insects had made serious inroads in their quest to becoming the next tenants. But none of that would slow the Fearsome Foursome, and, by Thursday, the house was ready to be primed, which it was before the group left Friday morning. As I told them, it’s a little unusual to have such a concentration of less-than-inspiring work to do, but their spirits never flagged once, and they even turned a lot of it into joy. 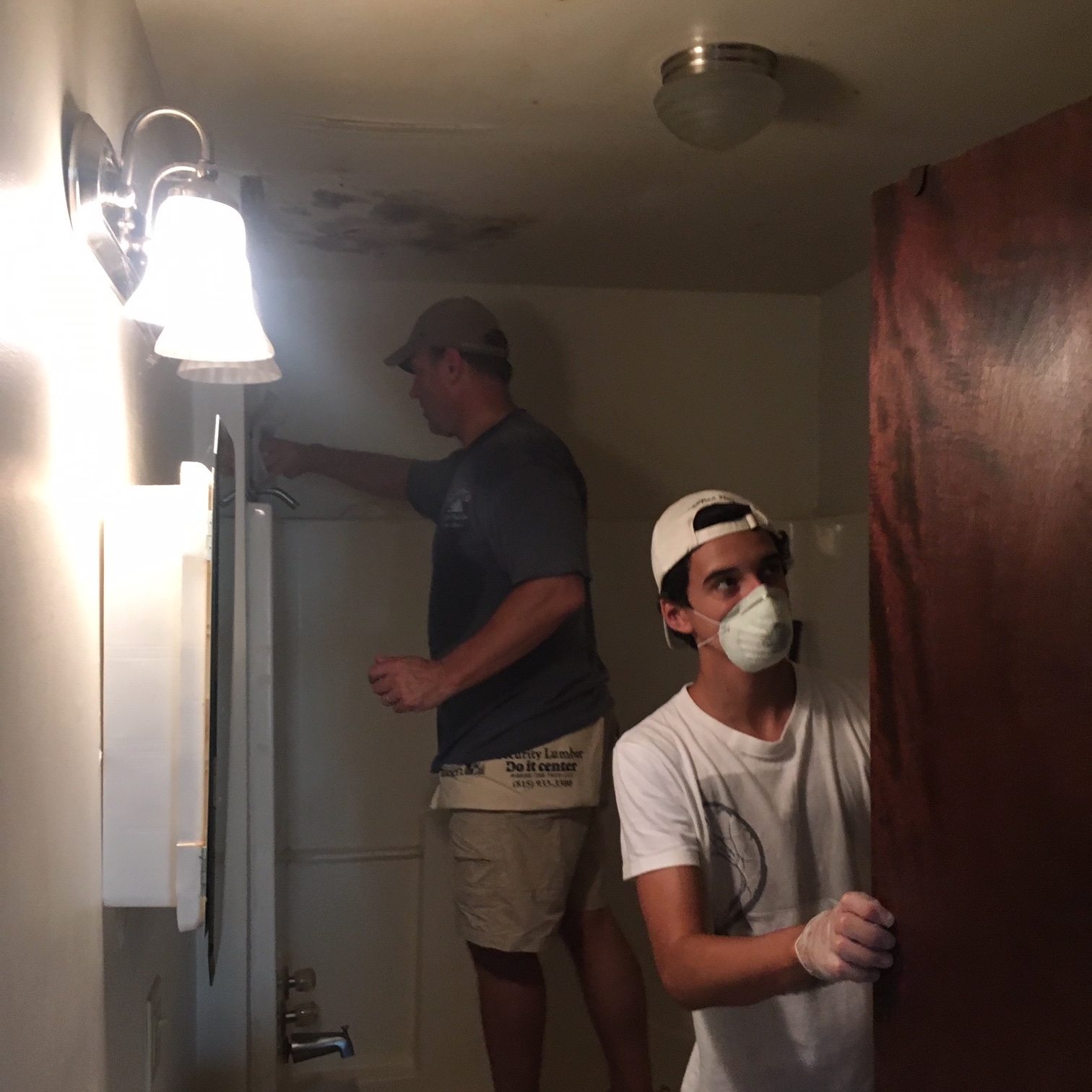 Besides the physical work, however, this group really poured themselves into the Kingdom-building aspects of the Habitat project, and for that I will be forever grateful to them. They volunteered with Matt, Aja, and Bianca at Spring Initiative and with Verna Jones and crew at the Care Station, and when they found out that Verna’s grandsons could use some more-productive-than-Playstation outlets, they welcomed them to the painting worksite. Then, when it was potluck time, they took advantage of every opportunity to visit with the homeowners and their families, board members, and other Habitat allies in a rollicking good time for all. (The highlight here was when homeowner Lillie Matthews recognized the SFX women as ones who had helped work on her house 5 years earlier.) And, throughout the week, Mary Freeman led us in wonderful times of morning devotions together, including incredibly inspiring messages from Archbishop Oscar Romero, Mother Teresa, Sister Norine Burns, and Saint Teresa and a completely impromptu 10 minutes of silence, during which time Mary thought I was about to share something and I thought I was just witnessing some seriously disciplined contemplative silent prayer practices. Through it all, they showed an amazing ability to really have fun, no matter what they were doing, and they lovingly shared that fun with all of us, for which we are grateful! 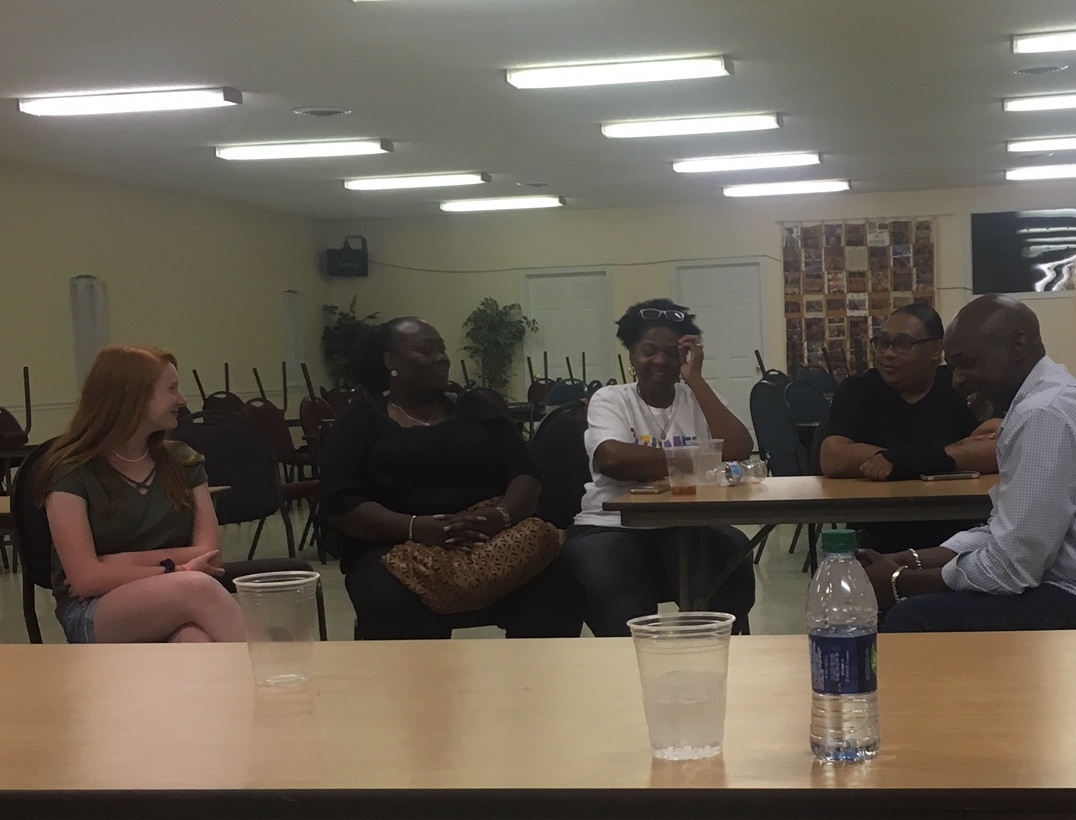 
« THANKS TO OUR DONORS
Archive
THE SUCCESSFUL END TO A CHALLENGING CHAPTER: SFX GROUP #3 »
