The last group to leave the Delta back in 2020 as COVID shut us down was St. Michael’s Catholic Church from Stillwater, MN, led by Board member Marlay Smith, his wife Margaret, and Vianney Nguyen, the youth pastor at St. Michael’s. Back in 2020, knowing nothing of the chaos that was about to ensue, these lovely Minnesotans worked diligently and effectively putting some of the finishing touches on Shequita Carter’s house and left in high spirits, expecting Shequita to be moving in soon. Margaret and Marlay then stuck around, waiting to join the Cornerstone group from IL—but it was the group that never arrived, thanks to the initial COVID shutdown. At that point two years ago, after Marlay and I made some final repairs on Dorothy Langston’s house, we all (Suttons and Smiths) abruptly left the Delta due to concerns about the virus and our ages. Jane and I spent the next 8 months of 2020 in “splendid isolation” (with all due respects to Warren Zevon) in northern MI, CAFCH wouldn’t see another work group in Clarksdale for a year while Shequita patiently waited, and we wouldn’t see Fuller life reverting to a semblance of normal for another year after that. But finally, in March 2022, the St. Michael’s group returned, with love in their hearts, determination in their attitudes, and a Fuller-related love story to tell. Every bit of it was immensely appreciated!

The work was something of a hodge-podge, as we continue to find our post-pandemic way. Initially, part of the group continued with the Griot-related destruction and clean-up of the old Paramount theater in downtown Clarksdale begun by the group from Uni High in February while others fulfilled various helping roles at the Care Station and volunteered with Spring Initiative, thereby fulfilling one of our goals of partnering with other local non-profits as we waited for the go-ahead on beginning construction on our 50th house. But we were also able, finally, to begin work on that house, by nailing together headers, corners, and doorways that would suffice for the interior walls of any house. And we got to hear an unforgettable story, reminding us once again that the ministry work we do extends beyond construction and can always be “Fuller” of never imagined surprises.

Two years ago was Vianney’s initial foray into youth pastor mission trips, and he was accompanied by 12 young people, four of them coming from the incomparable Romportl family. Vianney, it turned out, was at sort of a crisis point in his life. After much soul-searching and a series of unsuccessful attempts at establishing a romantic relationship, he was beginning to wonder if God was calling him into the priesthood—a calling he was quite willing to embrace but still not sure about the celibacy angle. So while we worked away on Edwards St., Vianney continued to wrestle. At the same time, he was enjoying meeting the second oldest of the Romportl family, Teresa (who had been out of high school by the time Vianney stepped into his youth pastor role and was therefore a stranger to him), and discovering through the Fuller work, that they shared common values and life perspectives. When Teresa had to fly home early, to get back to her teaching job as planned, Vianney selflessly offered to drive her to the Memphis airport. And on that hour plus trip a friendship was born—a friendship that would slowly grow and then blossom into a full-blown relationship. 17 months later they were married and now Fuller can add matchmaking to its list of blessings to offer volunteers! 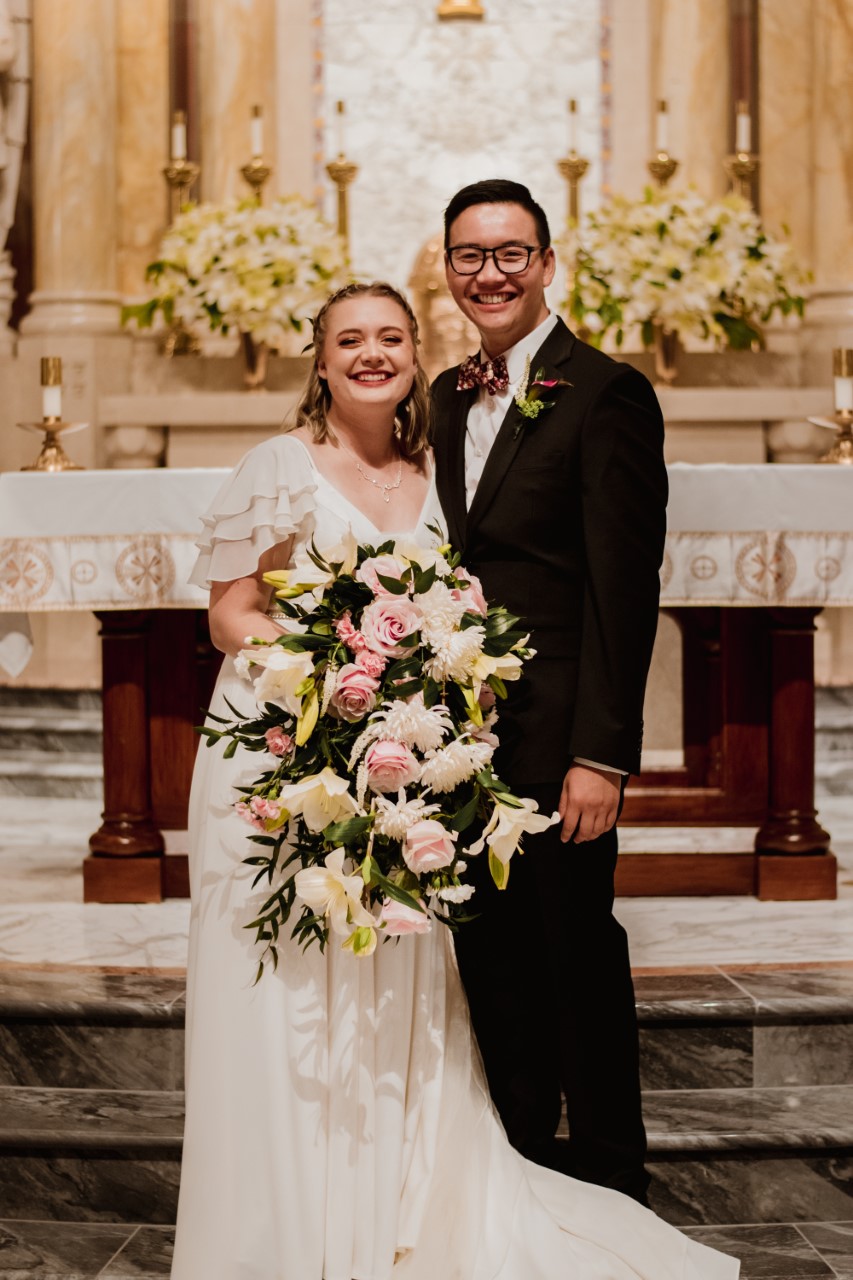