Back in January, 2004, newly minted Habitat Affiliate Coordinator Matt Sutton recruited a group of volunteers he referred to as The Dream Team, which consisted of some adults from his church in IL, New Covenant Fellowship, and some of his fellow alums from the University High School (Urbana, IL) Class of 2004. That crew distinguished itself by being one of construction supervisor Ben Williams first groups, helping cement Ben’s commitment to the cause, and some of them continue to return to the Delta to this day, bringing other volunteers with them. The practice of recruiting friends for return trips to the Delta found new expression in the summer of 2018 when Paxton-Buckley-Loda alum Nick Porter recruited members of his Bradley University track and field team to come to Clarkdale on a team-bonding trip that proved wildly successful. And now, to get 2020 off to a great start, the model was resurrected, this time by Uni alum and Cornerstoner, Stella Faux. 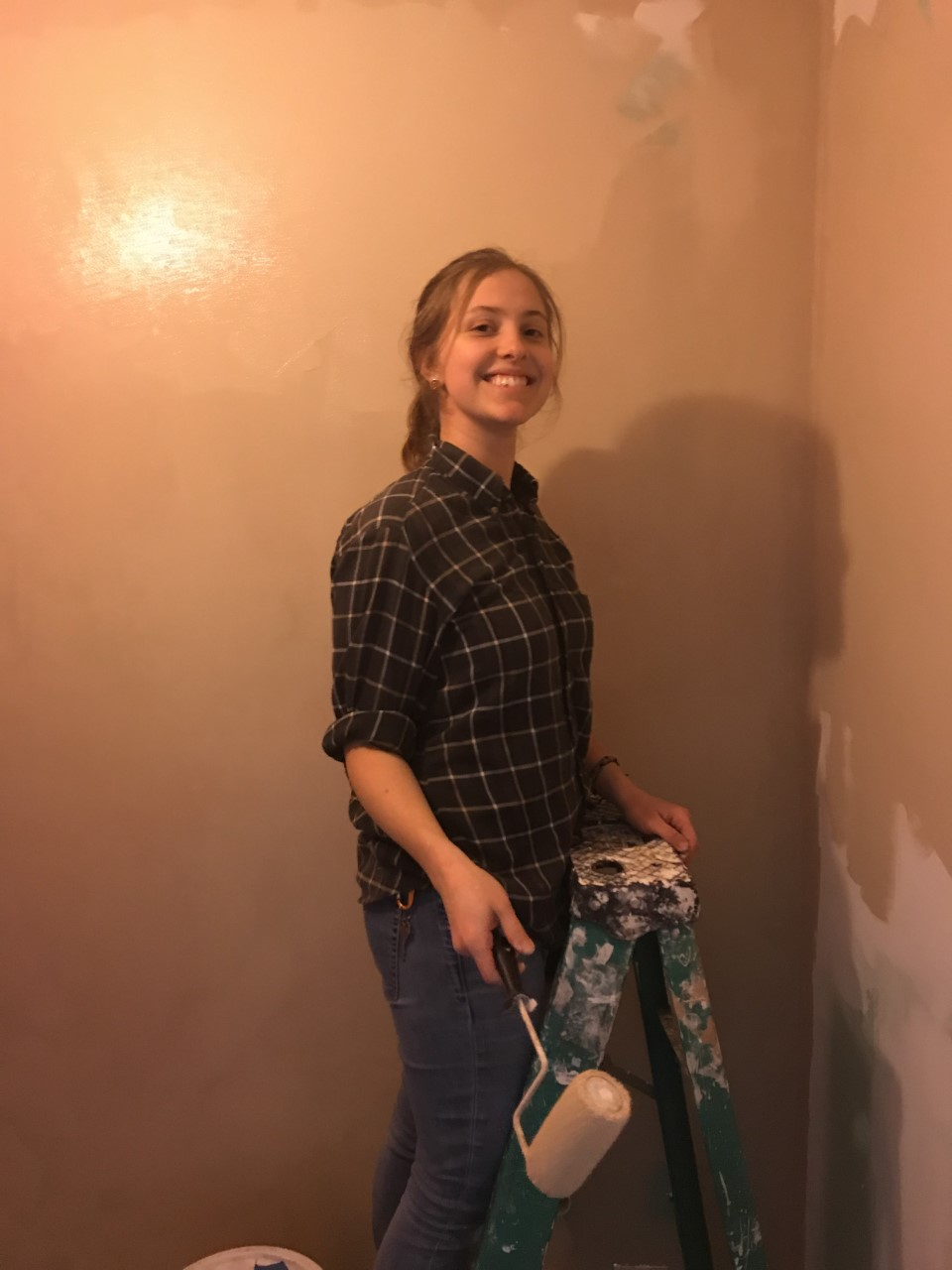 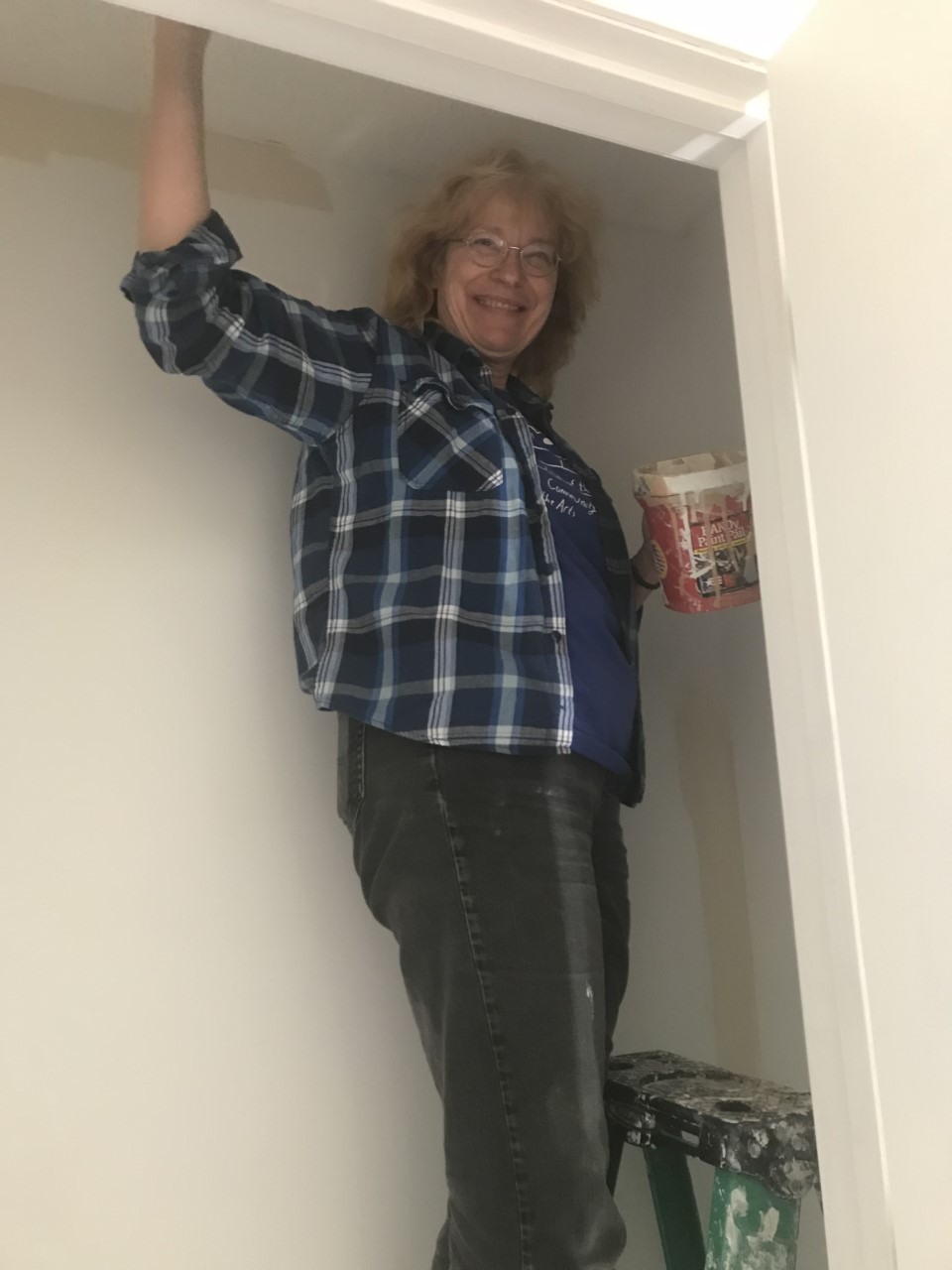 Stella, now a sophomore at Boston University, had served in a number of significant Habitat-related roles in her high school years—participant in 2 February trips (2017 and 2018), co-editor of the amazing online audio documentary (“Rebuilding Foundations: Hope and Housing in the MS Delta”) detailing Uni’s long history with Habitat in the Delta, and fiddler extraordinaire for the Cornerstone worship team on 2 March trips. This most recent iteration of Dream Teamers recruited by Stella consisted of her family and friends, drawn together for this week in early January from literally across the country. Her stepmother, Robin Kearton, was the “den mother” of the crew of young adults and drove some of the crew down from their home base in IL. Her cousin, Siona, an undergraduate at Oberlin College in OH but a Maine native joined the group form the East Coast, as did Caitlyn Burns, a senior at Emerson University in Boston and a close friend of Stella’s and this was their first jaunt to the Delta. University of Illinois and Uni alum Vicente Adulante was also a first-timer and he, too, represented the Midwest, as did veteran Habitater, Sophia Ebel, also a UI student and Uni alum. And from the West Coast, the group added Maggie Tewksbury, a three-year contributor to the “Rebuilding Foundations” project and now a student at the University of Southern California, and Anika Kimme, former president of the Habitat Club (whose $6,000-per-year fund-raisers were recognized by former affiliate coordinator Lena von Machui as what kept the affiliate afloat during some of the lean years) and two-year volunteer in her Uni years. 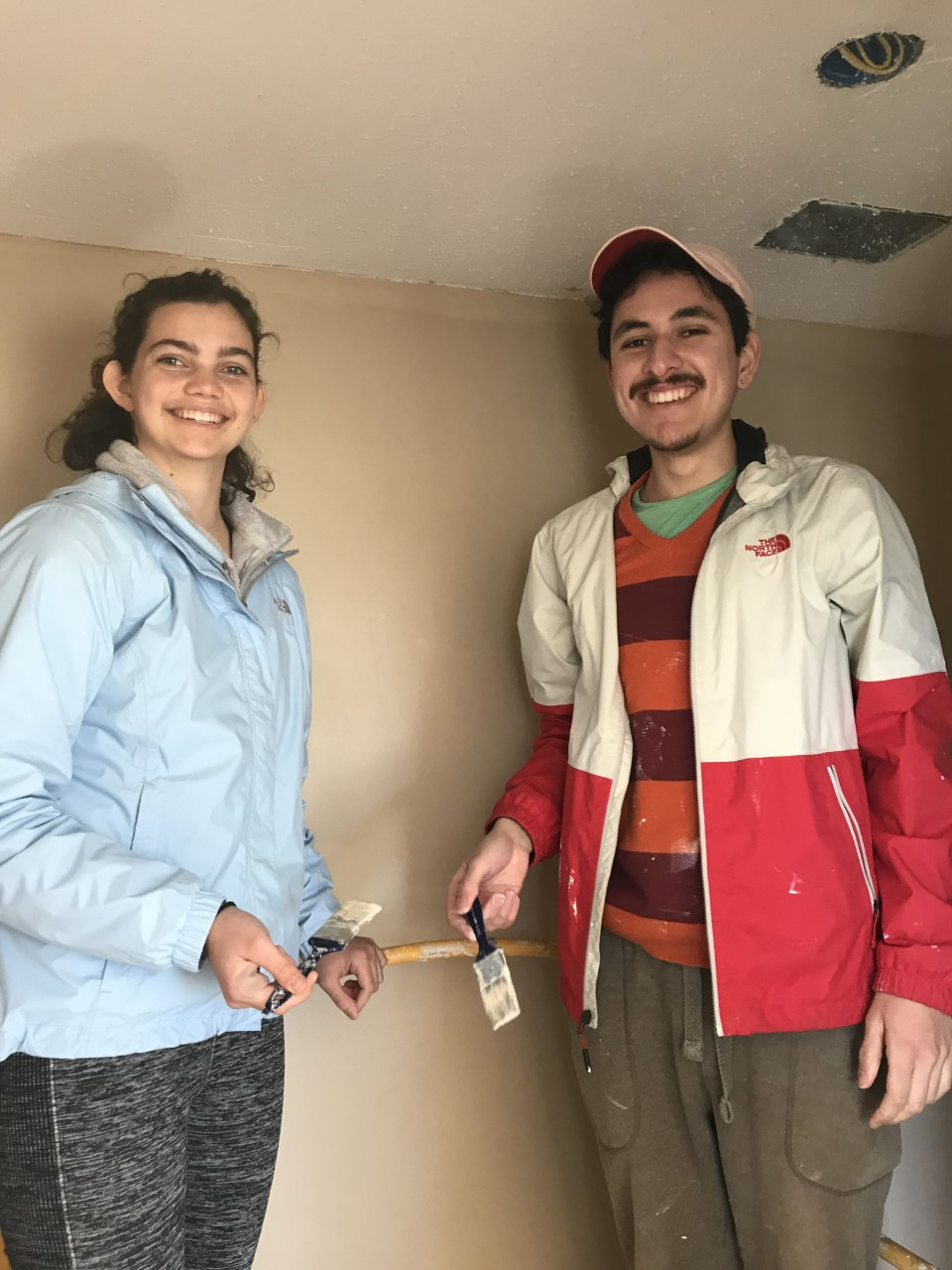 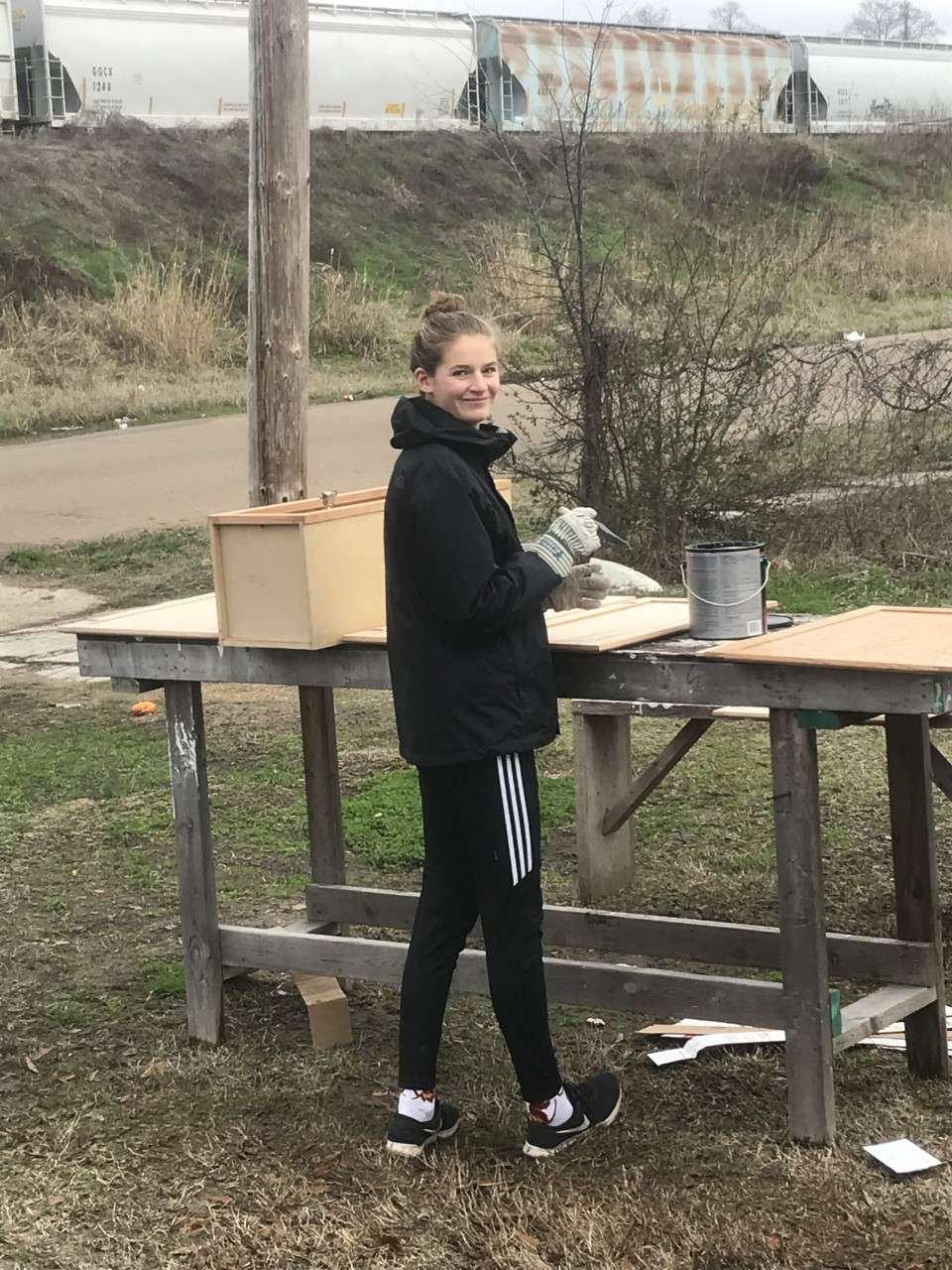 The group enjoyed unseasonably warm weather for the first week of January and we made the best of it, working in the unheated Edwards Street house. Under the incomparable-as-usual tutelage of construction supervisor Ben Williams and joined at times by local Habitat worker Larvell Hemphill, work included painting, hanging bedroom and closet doors, grouting the tiled floor, and polyurethaning kitchen cabinets. In addition, folks volunteered at the Care Station, spent time with the kids and cohort leaders at Spring, and enjoyed a thought-provoking evening with board member Neville Vanderberg and his wife Cathy, who brought pizza to the dorm to feed the troops. Of course, Kings Temple and board member Lorraine Cancer organized another inspiring potluck where we were also joined by a contingent of Griot kids. Perhaps the most enduring memory of the week, however, occurred in the interactions with two of our new prospective homeowners, on the work site and at the potluck, as they began to accumulate the sweat equity house necessary for Habitat homeownership. During those times of work and play, the accepted applicants and Stella’s volunteers modeled what Habitat is all about at its best—befriending each other by sharing stories, doting on small children, and enjoying each other’s company as they all worked, listened, and laughed together. These interactions are not necessarily as simple as they sound, with the folks involved coming from such different backgrounds and life stories, so the successes they enjoyed were particularly noteworthy and significant, especially as this was the prospective homeowners initial introduction to the Habitat dynamic. 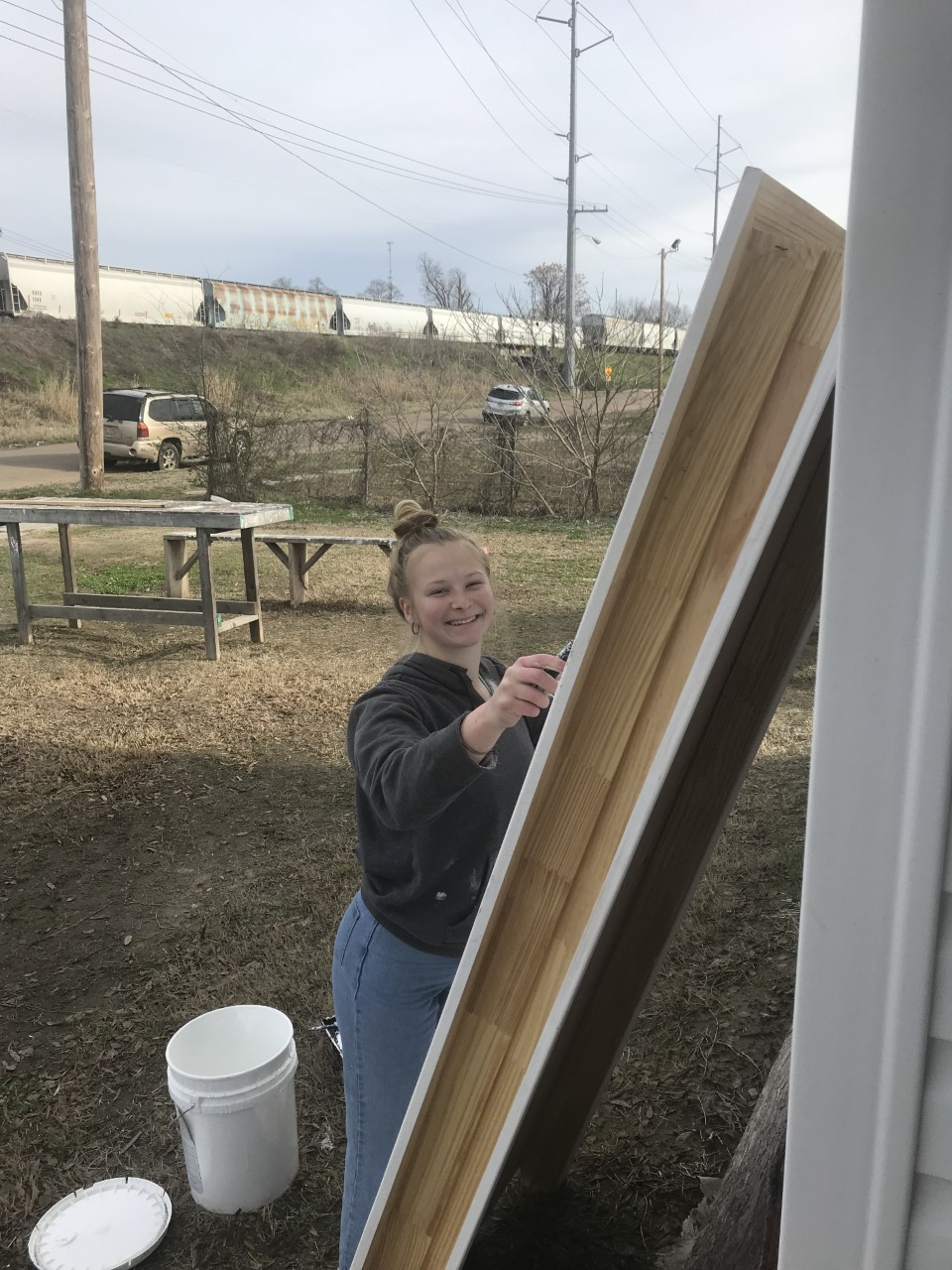 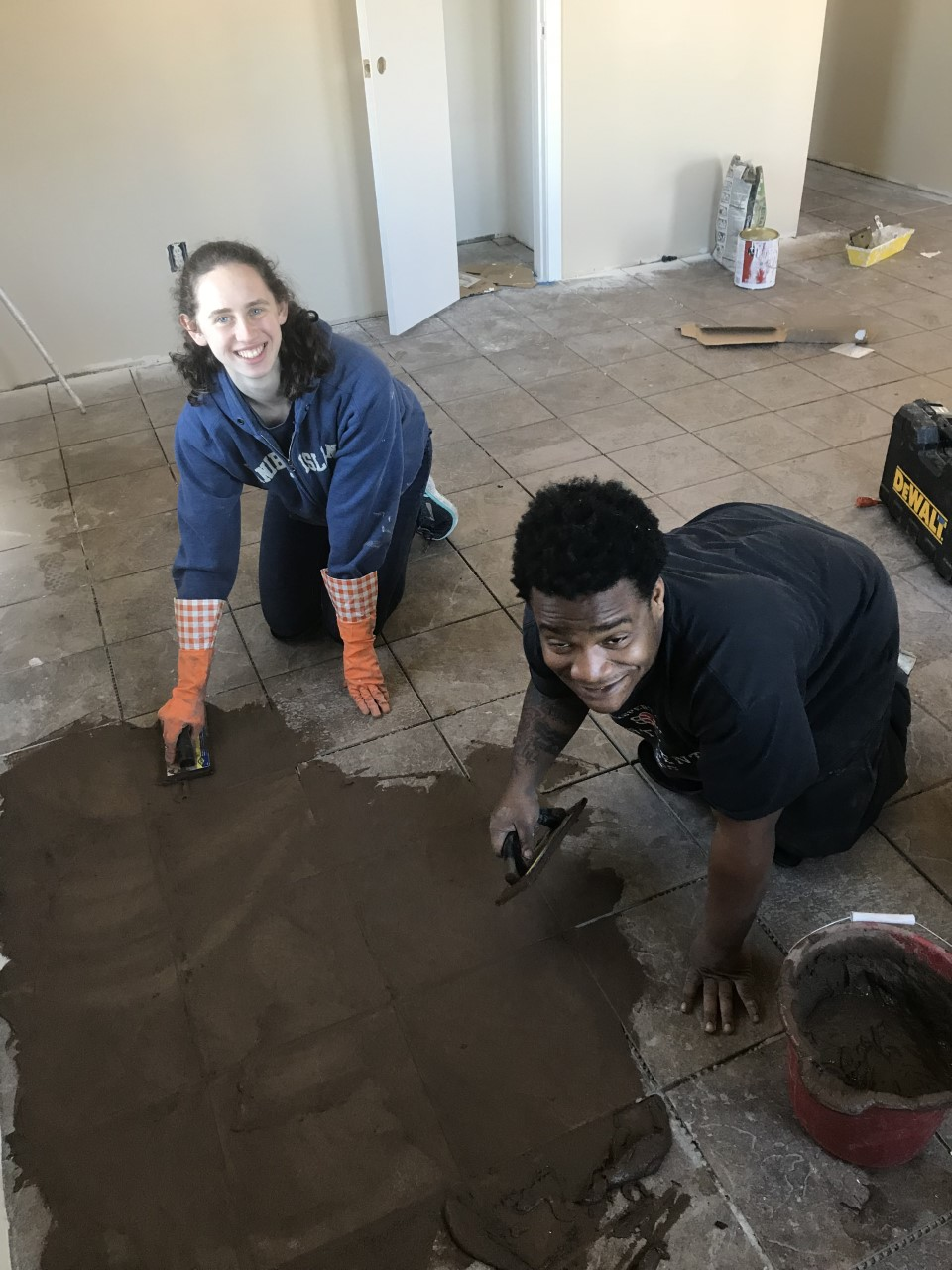 One of the most memorable parts of my week in Clarksdale this year was getting to meet the possible homeowners of the house on South Edwards street. I helped build the roof of the house when I was a junior and then was also in Clarksdale the week that drywall was being put in the next year. This year finally getting to meet the homeowners, hearing their stories and getting to work with them on the houses was so exciting. I especially loved being able to spend some time with one of the homeowner’s children and help her paint.
~ Anika

This was my second time working with Habitat in Clarksdale, and something that strikes me every time is the clarity of focus that everyone has on doing good for others and in the world. Life is chaotic and complicated everywhere, perhaps even more so in the Delta than other places, but whereas in many other situations I see people get flustered and distracted or lose sight of the bigger picture everyone I’ve met through Habitat, Spring, etc. has this incredible clarity of purpose and just pours their entire mind, energy, and soul into the common goal of making the world a better place in a way that is really inspiring to be a part of.

It is also immensely satisfying to be able to work on a house and concretely see the progress being made; with every wall we painted, door we hung, tile floor we grouted, a home got visibly closer to being ready for a family to move in. It was also an amazing experience to be able to work on the S Edwards house with the prospective families and get to know them and their stories while working together on a house they might get to live in.

We also volunteered at Spring Initiative (Mini Spring) several times over the course of the week. I love getting to know the students there, and spending time with them both during fun activities and academic time. It’s incredibly frustrating and saddening to see and hear about all the ways in which the larger academic system is failing, but once again inspiring to meet people (both teachers/staff and the students themselves) who are so committed and putting so much energy, time, and love into the program and into making a difference.
~ Sophia 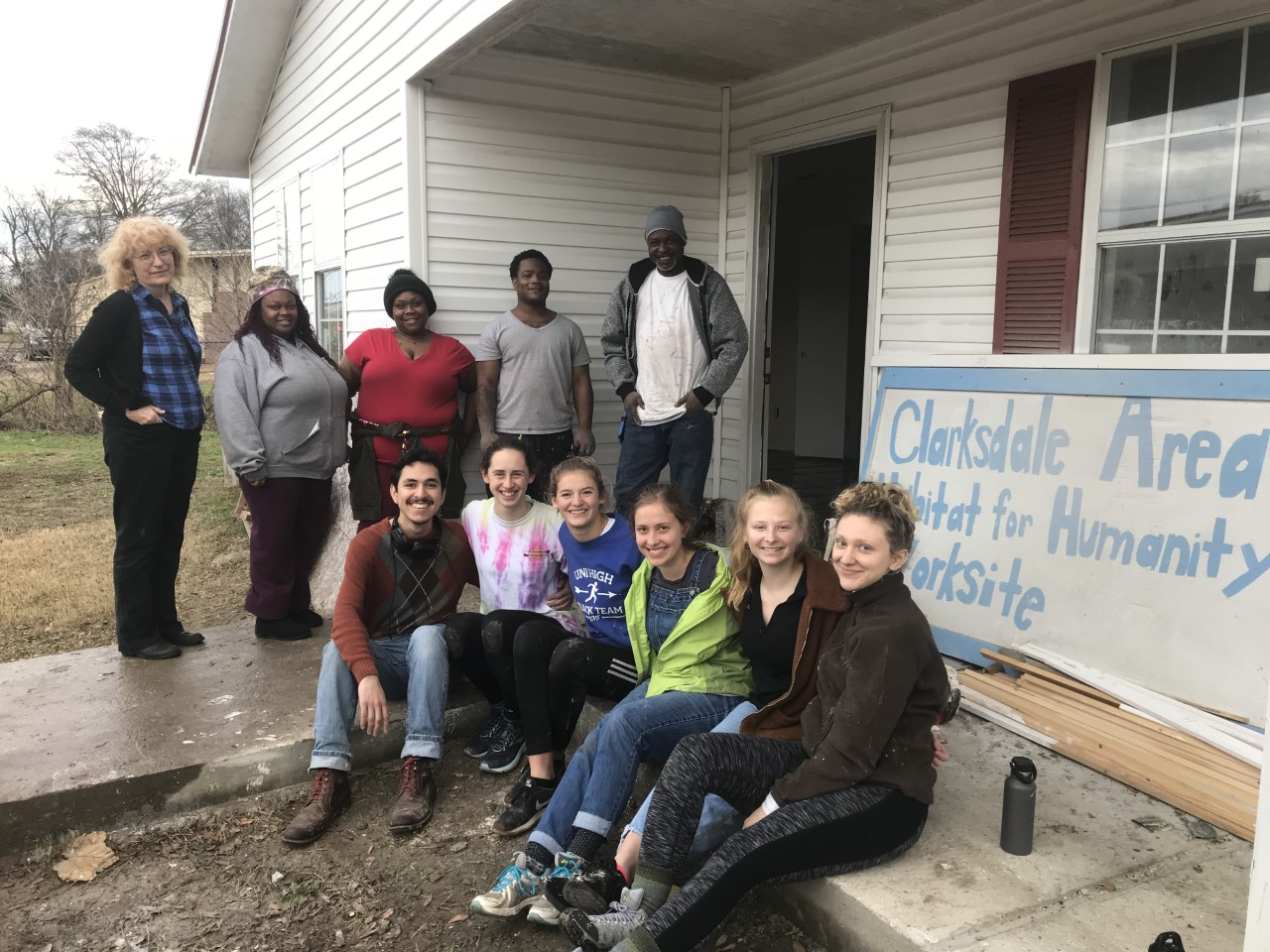 
« THE RETURN OF THE MUCH-APPRECIATED MINNESOTANS
Archive
